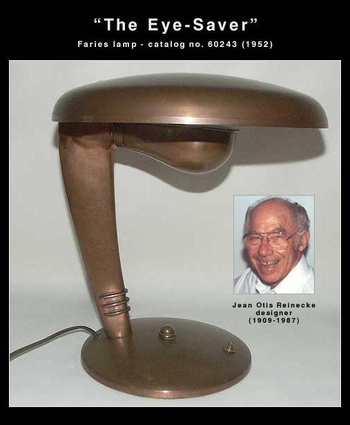 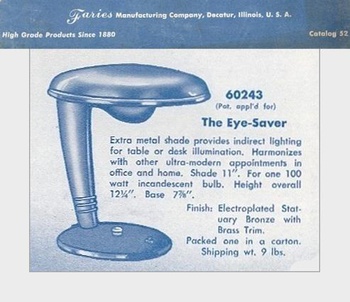 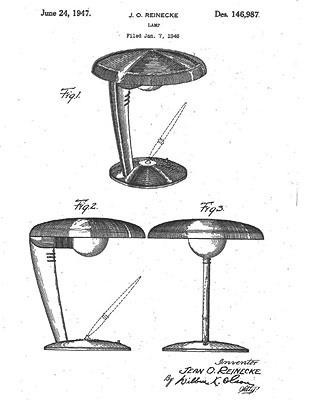 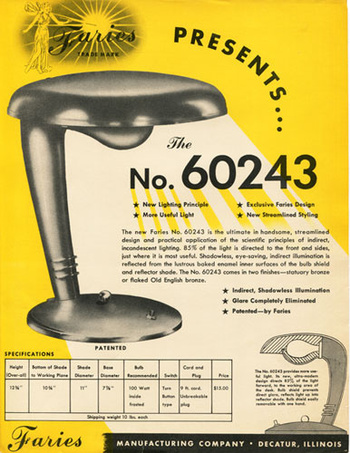 For a long time this lamp was known as the so-called "Cobra" among dealers and collectors alike, causing at times fears debates about it's name, designer and period. Often falsely attributed to Norman Bel Geddes.

With the discovery of an original Faries lamp catalogue from 1952 the mystery has been solved and facts confirmed. This lamp was designed by JEAN OTIS REINECKE in 1946 and produced by Faries Manufacturing Co. in Decatur, IL USA. Design Patent: 146,987.

In an original Faries catalogue from 1952, this lamp is listed under no. 60243 and is simply called "The Eye-Saver".

THE JOY OF COLLECTING!