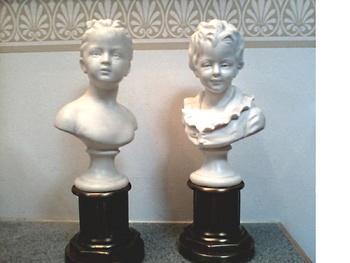 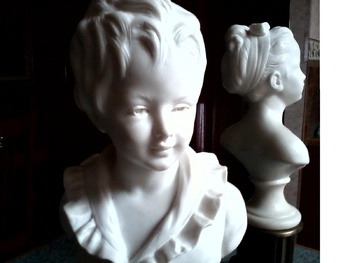 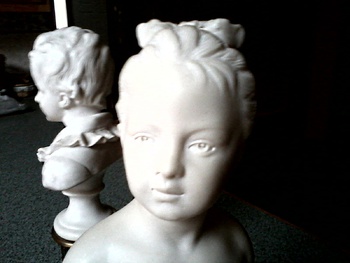 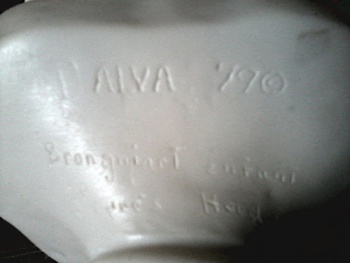 Saw these yesterday at VOA and didn't want to wait till tomorrow and fight the 50 percent off crowds for their end of the month blow out. These would have been gone for sure. I was glad they were still there today ! They are made by Alva Studios who do museum reproductions. These are from 1979 and are signed and marked with the title around the back of each bust. They are 14" high on their brass roman column pedestals and are super heavy, almost 5 lbs.each ! The busts themselves are a composite stone powder/resin called "Alvastone" that imitates marble. They were loose from their bases and I had to tighten the bolts that hold them all together. Alex has a tiny defect in the ruffle of his shirt. Looks like there was an air bubble in the composite that popped thru from being bumped. The originals in the Louvre are by Jean Antoine Houdon a famous 18th century French sculpture. He sculpted portrait busts of many philosophers and political figures as well as friends. His busts of Benjamin Franklin, Washington and Voltaire are very well known as are these. Louise and Alexandre Bronginart the children of French architect Alexandre Theodore Bronginart. Nice overall condition too!
-Mike-