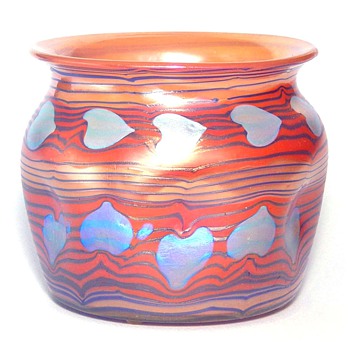 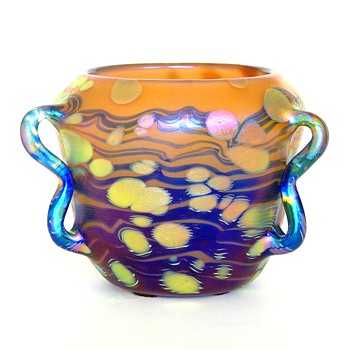 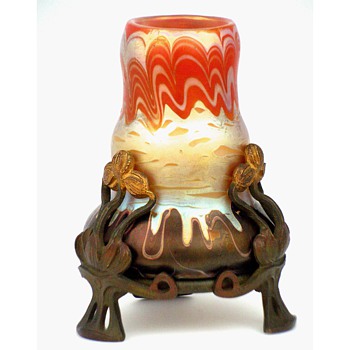 This 4-3/4 inch Loetz vase appeared on ebay in January of 2000. Its very uniqueness really appealed to me and although I put in what I thought was a reasonable bid, it went beyond that to someone else. I kept a record of the auction and, of course, kicked myself repeatedly for not bidding higher. But much to my surprise, it showed up almost twelve years later at an auction in which I prevailed.
After receiving this vase I discovered that the color of the body and the color of the red bands are both referred to in the Ricke book and the Cantz book as "neurot" or "new-red". (See in Ricke I plates 90 and 97 plus 146 and 189, and in Cantz plates 39 and [73] plus 112.) So, which one is the real "new-red"? (2011)
I have included two other vases for comparison of the colors. 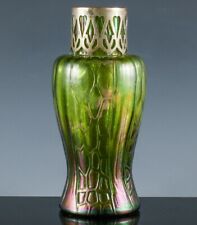