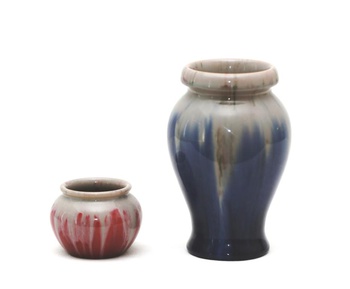 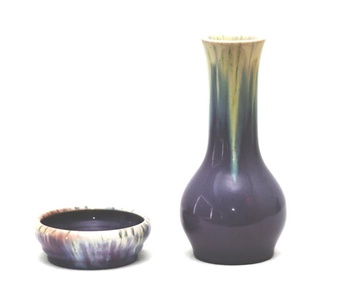 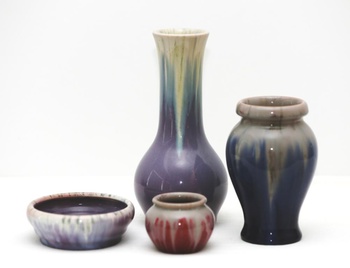 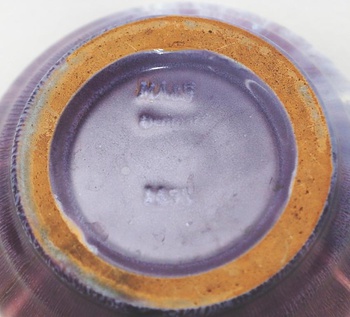 Three vases and a small bowl manufactured at the Michael Andersen Pottery on the island of Bornholm, Denmark. In 1890 Jens Michael Andersen (b. 1859, d. 1931) took over an existing terracotta factory and thereby established the Michael Andersen Pottery. In 1916 the two sons of the founder became co-owners and the Pottery changed its name to Michael Andersen & Sons. Around 1900 the factory produced decorative objects such as vases, statuettes in Greek-Roman style, copies of old Nordic bronze vessels (in terracotta with an iridescent glaze), etc. After 1900 majolica objects in Jugendstil became popular, and they were often decorated with colourful drip glazes. In the 1924 catalogue we find the red and blue vases with grey drip glaze (picture 1) for the first time, and they are advertised as the ‘Dania’ (red) and ‘Kobolt’ (blue) series, respectively, available in many shapes and sizes. The Pottery produced quite a variety of drip glaze vases, but I think only ‘Dania’ and ‘Kobolt’ had names – there are also numerous other colour combinations, such as the lilac and cream shown here.