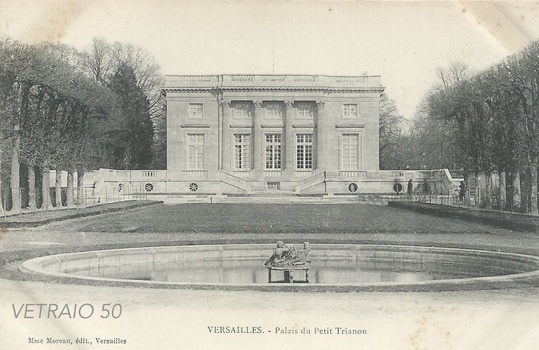 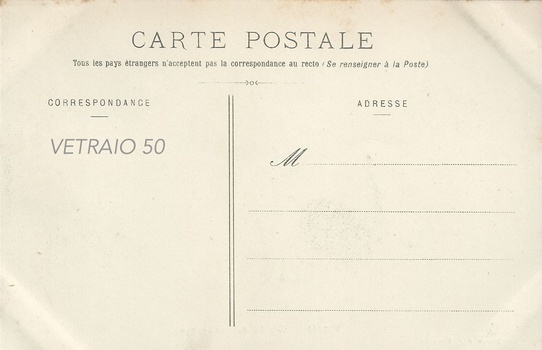 The chateau called Le Petit Trianon is built within the gardens of Versailles. Originally built for Louis XV, it was meant to be his gift to the marquise de Pompadour. Unfortunately the marquise died before the chateau’s completion in 1764. It was then handed over to Madame Du Barry until the King’s death in 1774.

Louis XVI gave the Petit Trianon to his wife Marie-Antoinette in 1774 as a place where she could escape the daily formalities of the court. It was private space where she could indulge herself and “return to the pleasures of simple, rural pursuits, away from the pomp of Versailles.”

It was a walled off area, guarded to keep out anyone who was not personally invited there by the queen.

The postcard shows the fountain of the ‘jardin français’. The card was published by MME MOREAU ÉDITEUR, VERSAILLES.