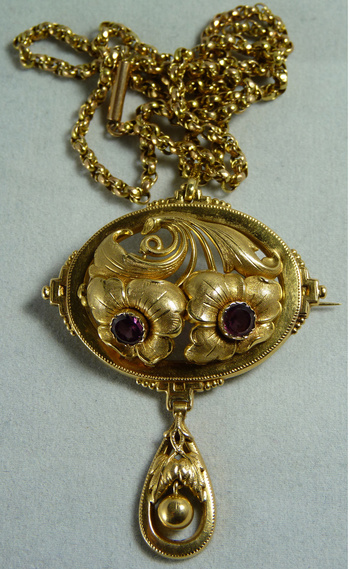 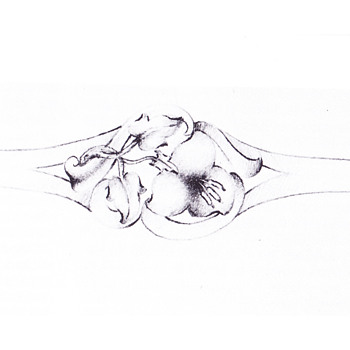 This is another piece with historic interest, and another sleeper. Lazy auctioneers were selling unredeemed pawns for the melt price a few years ago without researching them. Duh - how hard was it to look up the hallmarks? I researched it on my cellphone at the auction and the maker came up straight away.

Swedish born Roland Mellin (1803-1871) became a master goldsmith in Helsinki in 1833, then founded the firm of Roland Mellin, the preeminent Finnish firm of gold and silversmiths in the 19th Century.

This piece is hallmarked by his son, Otto Roland Mellin (1834 -1904). He was among the foundation graduates of the Technical Realschule in Helsinki, where classes commenced in 1858. He continued his studies in St Petersburg and Paris, and succeeded his father in their firm in 1868.

Otto is best known for his Archaeological Revival jewellery based on Nordic artefacts. Among his claims to fame was his position as court jeweller to Finnish born Aurora Karamzina, a long-time member of the inner circle of the Romanovs (the Russian Emperors ruled the Grand Duchy of Finland as an autonomous part of the Russian Empire from 1809 to 1917).

This brooch is 45mm wide and 60mm high including the drop. It has a removable bale that allows it to convert to necklace, I am not sure whether this is original or a later addition. The stones are almandine garnets.

My personal conclusion about this piece is that it shows an interest in naturalistic form that is seen in some of the best Mid-Victorian jewelry.

This interest was possibly influenced by Japanese art, and is now known as the Aesthetic Movement, or the "Cult of Beauty", which was a prelude to Arts & Crafts and Art Nouveau. As such, this is quite different to the archaeological revival pieces for which Otto Roland Mellin is most famous. 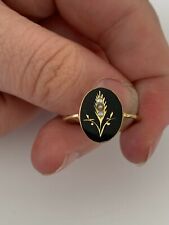 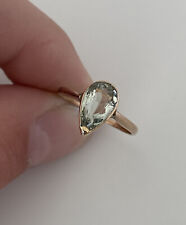