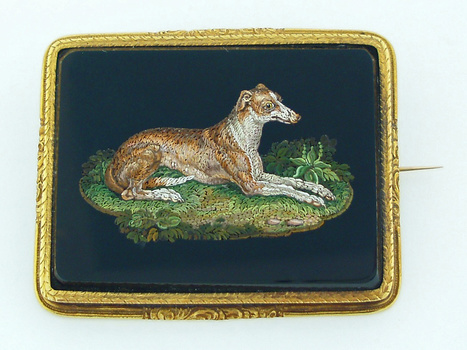 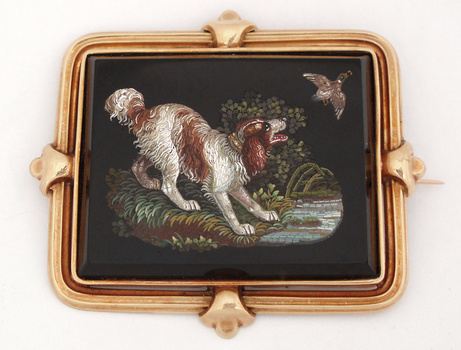 Starting in the early 19th century, Antonio Aguatti fundamentally changed the art of micromosaics by increasing the variety of tesserae shapes and blended tints by heat-fusing multiple strands of glass. Tesserae could now function as brushstrokes, simulating animal hair, feathers and foliage.

These two dogs, both set in black glass, show the advances in this medium via curved tesserae resembling fur. The whippet on the left, though, is earlier than the spaniel, as the foliage is still single-colored tiles mixed together to create the optical illusion of grass. The spaniel is more advanced as there are blended tiles and the dog generally looks more fluid.