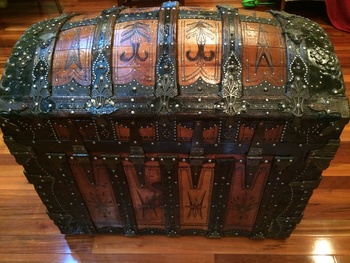 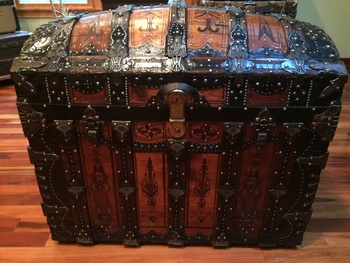 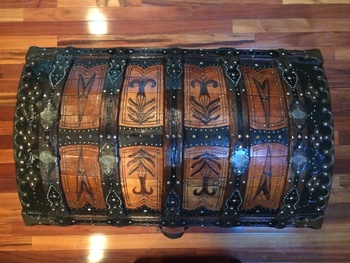 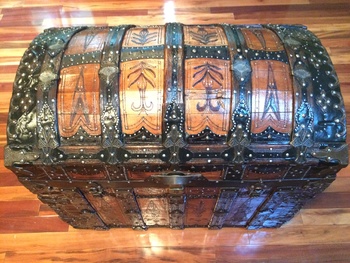 Everyone does them a little different! What had Always intrigued me about this trunk was that it was manufactured in Atlanta Georgia (Whitehall Street) which was ground zero for the "Battle plan of Atlanta" July 22 1864 Executed by Union General Sherman.this was the start of his destructive march to the sea,During the civil war. This trunk was manufactured in a place that was devastated just a decade or so before. It amazes me that the south was able to produce such a high end trunk so soon after the civil war.

I am still missing a few parts, Handles on order, 4 colors of stain 2 colors of black, Original leather patterned and re-attached(what could be saved) a few hundred more nails(Copper,brass and nickel plated),And the interior is still in basket case condition, and a work in progress.
Extensive burning of original embossments into the wood. top ,front and back, The sides have been burned(Taking Artist liberty of course) with the images of General William Tecumseh Sherman's portrait 1820-1891 complete with( copied signature)
The Battle of Atlanta Map on one side and Confederate President Jefferson Davis and the burned Ruins of Atlanta on the other.I just tried to pay a little respect to this behemouth of a
trunk. I'll post more pics of the Artwork on the sides.This one's for you JonB. 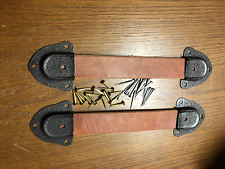 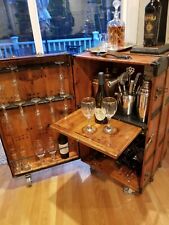 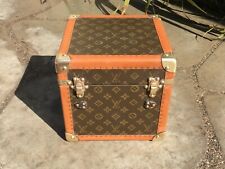