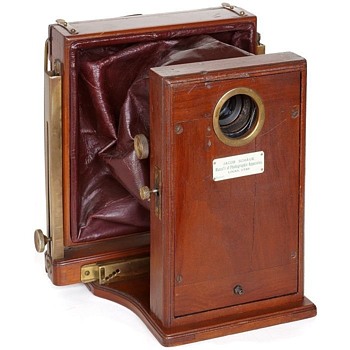 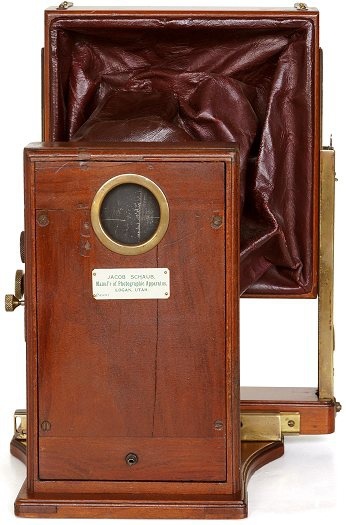 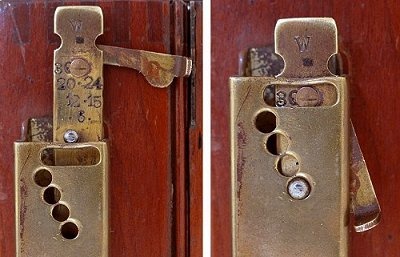 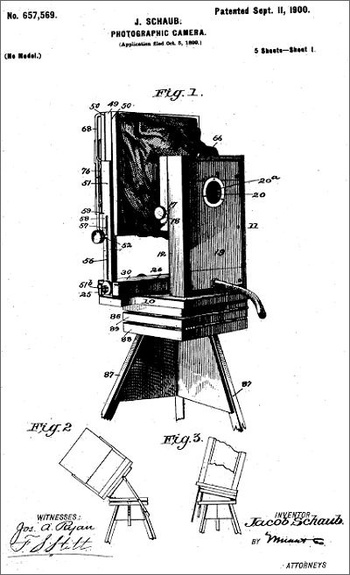 Three complete examples of Schaub cameras are known, one of which resides in the George Eastman House collection. Two match the 1900 patent for 24 exposures on a single plate. The third example posted here is the only known version capable of making an impressive 30 separate images on a 4 x 5 inch glass plate.