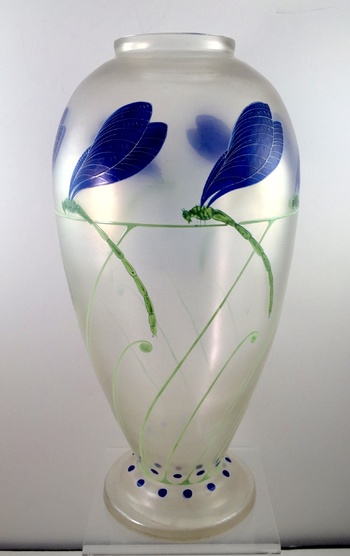 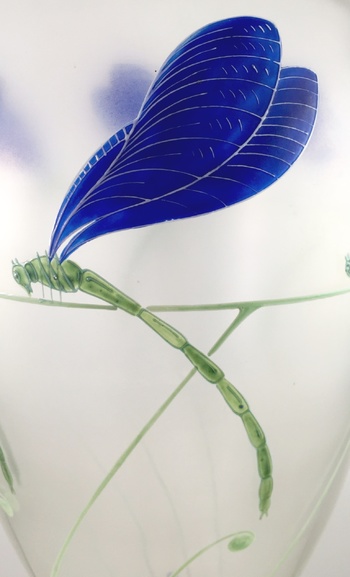 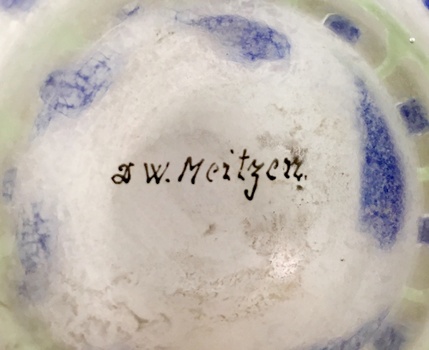 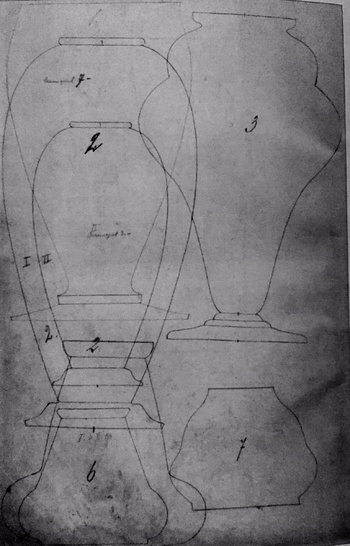 Dr. Willy Meitzen was a practicing psychiatrist in Ribnik, Silesia, who was also quite a gifted glass painter/enamelist. His designs were executed at Fritz Heckert in Petersdorf, usually in symmetric floral or animal motifs. This is a simple, yet very elegant design on "krystallcypern" (iridescent crystal) glass, matt iridescent, with six beautifully rendered dragonflies at even intervals with vine-like tendrils that slant towards the base. This is also a large piece, at 32 cm tall (about 12.5"), and is signed on the base "D.W. Meitzen." (see third photo). Meitzen signed pieces like this one are rare, and it is a real treat to have found one. The Heckert design book page containing the drawing for this shape is shown in the last photo, indicating that this shape is found in two sizes.