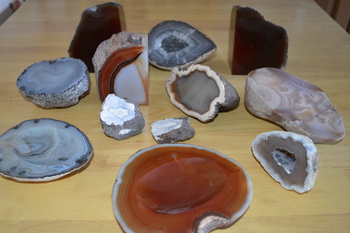 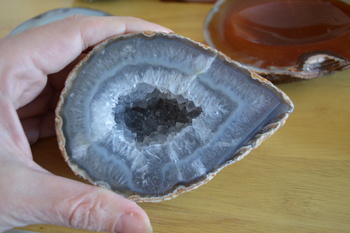 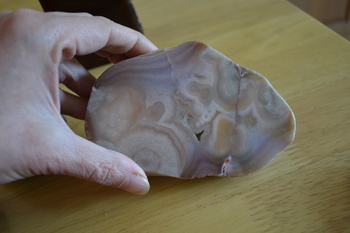 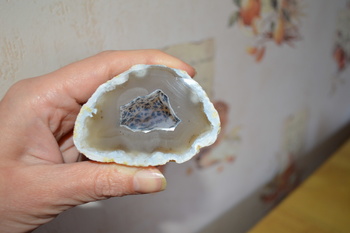 These agates aren't dyed, but natural. Most of them are charity shop finds, except few. The two small ones in the middle (probably the least attractive from the bunch) - I found them in an old surface mine in Czech Republic, in the side of hill Kozakovo. In the past this hill was a very famous finding place for carnelian stone, jasper, amethyst and of course agates. Now anybody can look for stones there if they pay a small fee. The quarry is well past its glory days, however you still can find some pretty rocks.
The majority of agates people encounter are from Brazil. The second picture is a nice example of a Brazilian agate - I bought it on ebay.
On the third picture is a so called Mendip potato stone, otherwise known as Dulcote agate from England. It is easy to identify them because they look so typical.
To me the most interesting piece from the group is on the last picture, that greyish white with black dendrites inside. Probably it isn't rare, but I never saw another similar geode with inside inclusions.