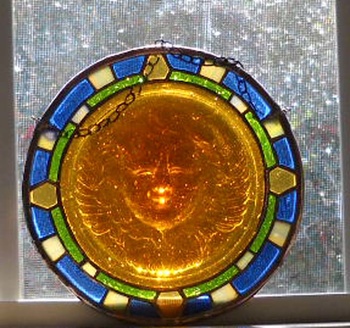 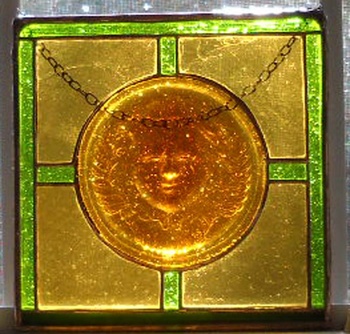 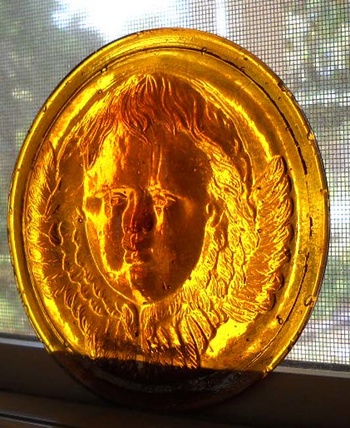 Some years ago I was lucky enough to have a friend who wanted some stain glass work done. She had acquired a Tiffany Studio's window from Flagler College when it was being renovated back in the 60-70's. At the time they were just giving away items that were being removed including may Tiffany windows. The window she had was in many pieces but she saved these cherub roundels from it and in exchange for making several into hanging glass pieces she gave me a number of them along with some of the original surrounding glass. I have yet to do anything with my pieces but here is an example of a couple that I did for her. What a deal!