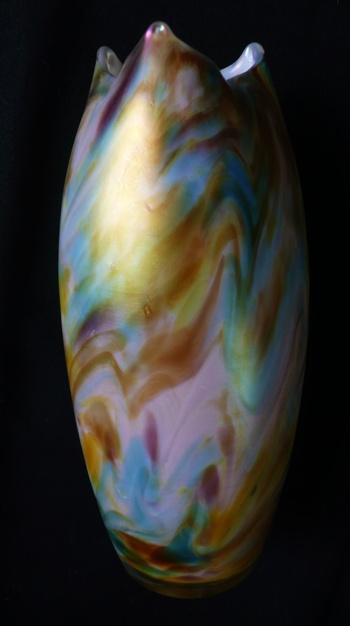 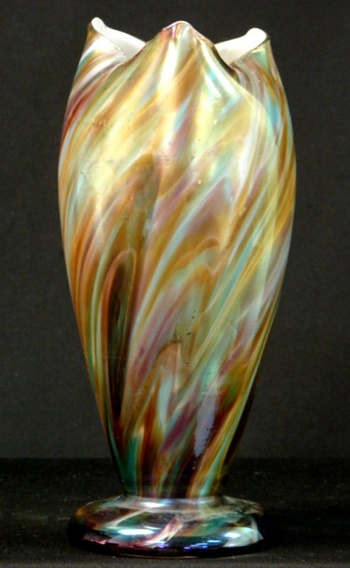 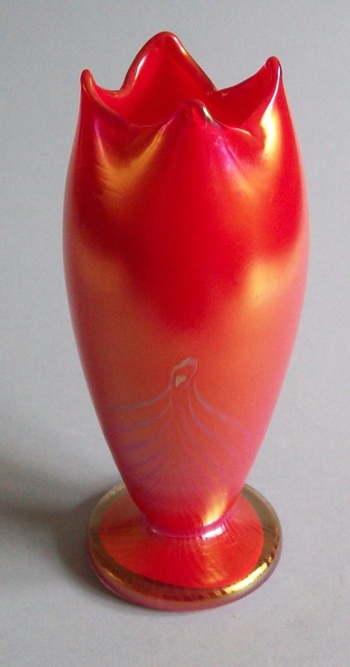 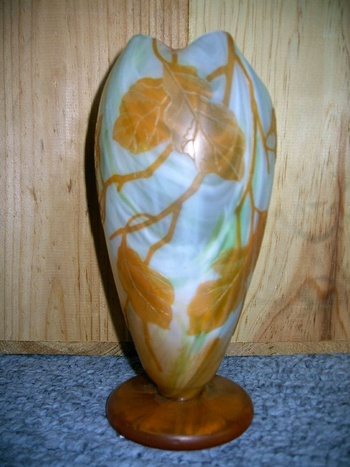 My vase shown in photo 1 exhibits a wonderful décor, that often gave rise to discussions of ist assignment. Just recently CW member 'bohemianglassandmore' posted a likewise pair of vases at CW, his post is the reason for my discourse. Here I try to present a series of photos, hopefully demonstrating convincingly it's Kralik origin. I take advantage, that Kralik produced vases of the same shape throughout for many years with differing décors. The vase on photo 2 has the same décor and a very similar shape - besides the foot - as my Vase 1. The very same shape is seen on the next two documented Kralik vases, the red vase with a feather décor may be seen at the Passau Glass Museum and it is illustrated in 'Das Boehmische Glas 1700-1950' vol. IV page 162 fig.277, as well as the etched vase, shown in photo 4 (kindly taken from a CW post by Jericho) documented in the same book at page 163 fig.281. As this assignment is solely based on shape similarity, there remains always some ambiguity.