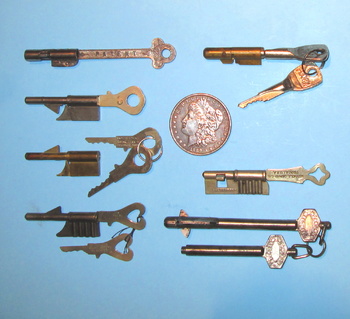 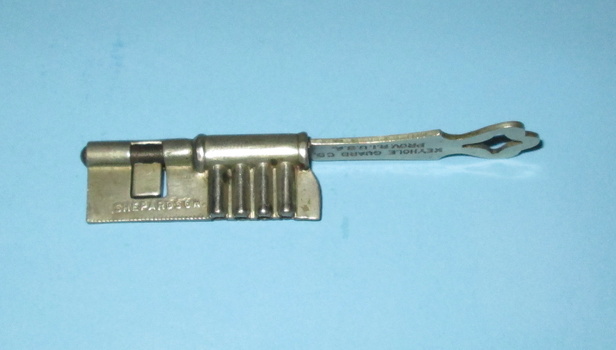 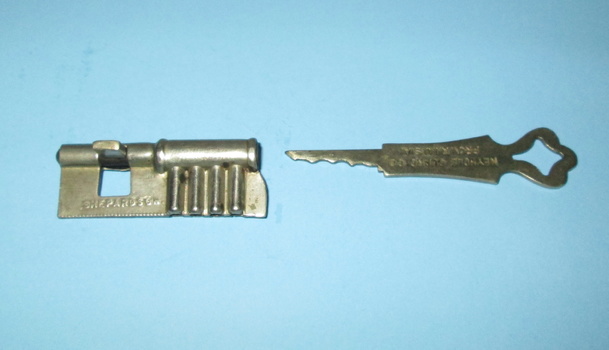 At first glance these devices called "Keyhole Guards" or "Keyhole Locks" may look like keys, and are often found with groups of locks and keys. In fact, they are actually small locks with a specific purpose. In the late 19th century and through the middle 20th century many hotels still had door locks that used a “skeleton” type key and hence were easily picked. In order to prevent anyone from entering the room, at night or when he was away, the traveler could insert one of these into the keyhole, turn the key – which rotated a tab or extension in the body – and withdraw the key leaving the body wedged inside the door's lock, blocking any other key. Somewhat rare, interesting, but not particularly valuable.