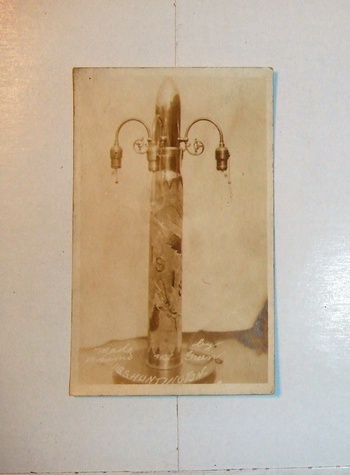 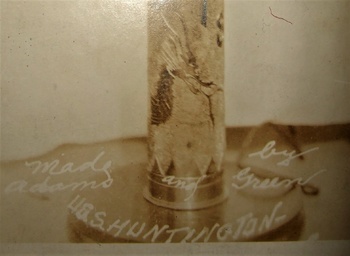 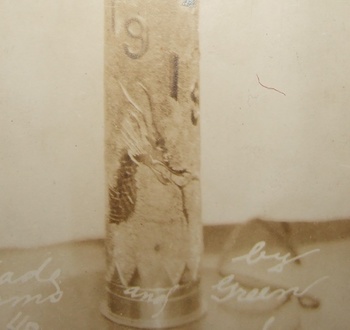 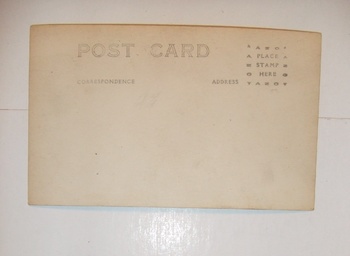 As a serious trench art collector, I love to find original period documentation.

It is much harder to find than the actual trench art.

This Real Photo PostCard (RPPC) shows a large shell that has been decorated with a dragon and 1919 date.

Lettering at the bottom of the rppc shows that it was "Made by Adams and Green, USS Huntington".

Shipboard shops had tools and equipment that allowed sailors to make some fantastic trench art pieces.

The rppc has an AZO (triangles up and down) that brackets the 1919 date. The rppc most likely dates from 1919-- don't know if it was a souvenir for one of the makers (or fellow sailors) or if it was used to advertise for pieces.

The USS Huntington (USS West Virginia until 1916) served as a troop transport post WW1 and these lamps would have been a hot selling souvenir for those returning soldiers.