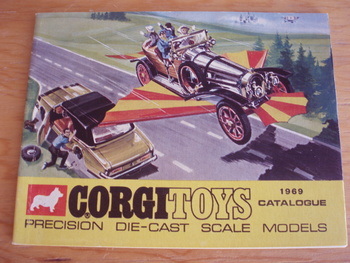 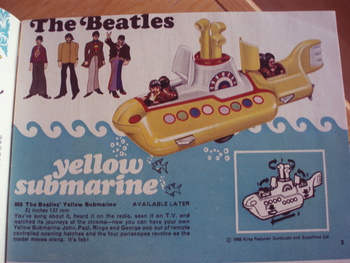 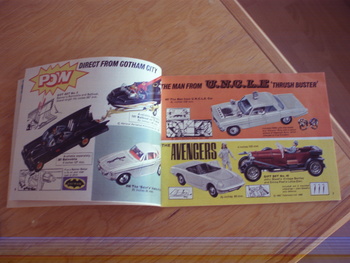 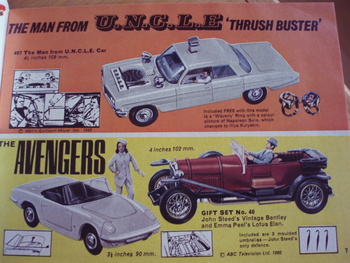 Corgi has always been a favorite toy for both the young and old. The 1969 lineup offered some real gems. My favorite The Man from U.N.C.L.E. "Thrush Buster" along with The Beatles Yellow Submarine. Of course The Chitty Chitty Bang Bang flying car with the retractable wings was a fine addition also. The catalogues offered colorful pages of new toys to add as stocking stuffers at Christmas, Birthdays or to play along with favorite hit Television series, movies, construction, road building and even racing.
They were pretty well constructed as compared to some of todays toys like any toy though pieces, would be broken or lost. Yesterdays toys are now todays collectibles the most sought after are the complete ones in the original box. So many boxes were destroyed or thrown away as the toy was what really mattered the most. I still have some of my original toys without boxes which is ok as I actually played with them which makes them more special to me then ones that are mint in the box.