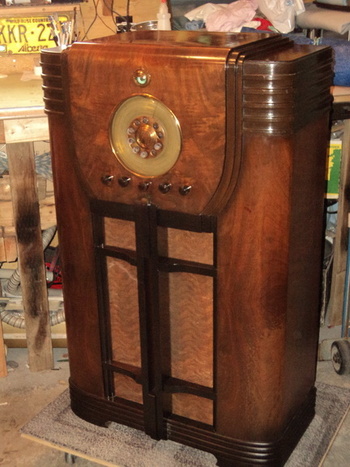 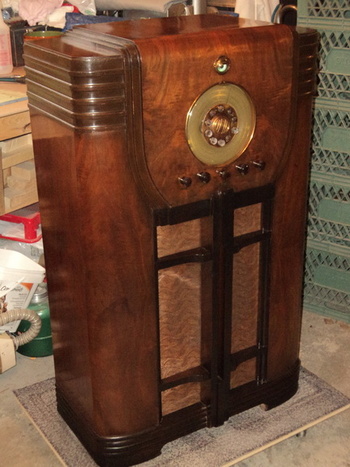 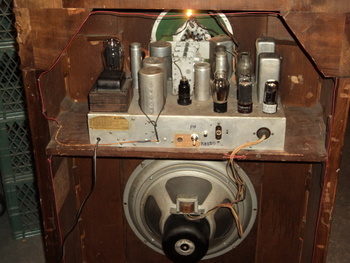 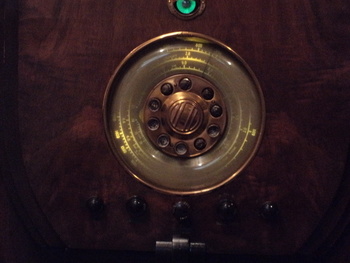 A friend of mine was at an antique shop and told me about this radio and he sent me a photo. I told him, that I would have bought it.
It was out of town but he contacted the shop and asked them to hold it for me .. Well after a month I got the radio and started to recap it and I did some work on the cabinet. I had to redo some of the bottom of the cabinet and touch up several places , but it did come up very nice.
After my friend saw it ,,he wanted to own it, so I sold it to him.
We both really like the style of the cabinet and the very large dial.
It was the top of the line radio for that year for Fada. [not sure of the year 1935-37]. It has 13 tubes with two push pull output tubes, which give a very good solid sound. I installed a phono jack so he can play his Mp3
through the radio.
Now if I want to hear it I can go to his home.