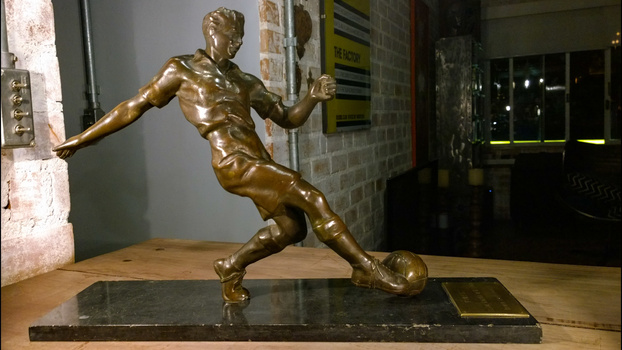 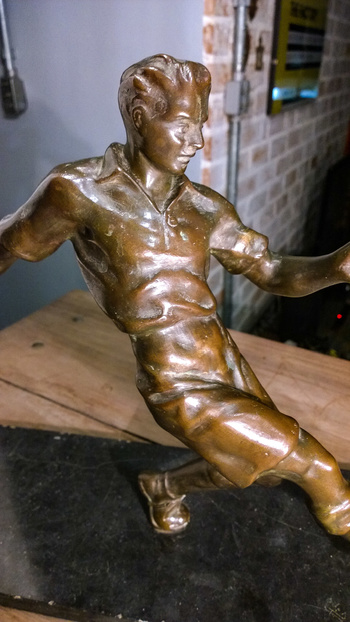 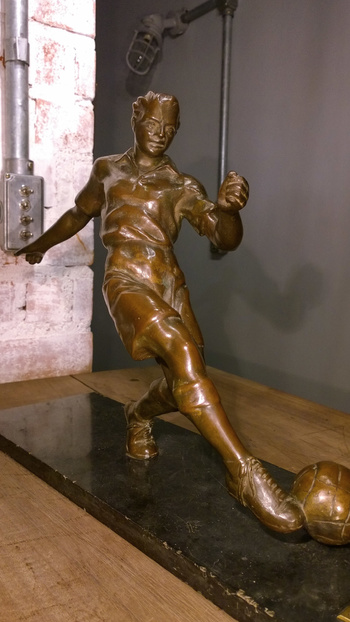 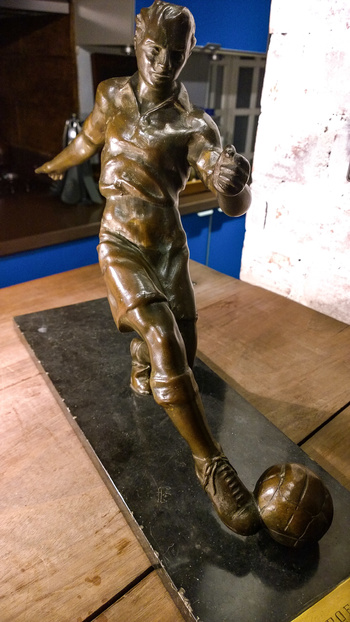 Got this bronze trophy this week and traveled 100 miles today to get it. Didn't want to risk getting it broken by the awful Brazilian postal services.

Although it is not signed, it is a nice example of the high quality of the early trophies, always nicely casted, full of finely sculpted details.

It was awarded to the winners of an inexpressive small town tournament, making it even more interesting when compared to the usual plastic/resin ones found nowadays.

The soccer player is beautifully portrayed kicking/passing the ball while running, in a light and dynamic line of movement, with only one foot resting on the base and having a second fixation point under the football. The uniform and the football cleats (actually boots back then!) follow the mid-1930s style, although the seller says the tournament took place in the early 1950s. Difficult to say, maybe the mold was made earlier.

It would be nice to have a "Medals & Trophies" sub-category in Football and Sporting Goods.