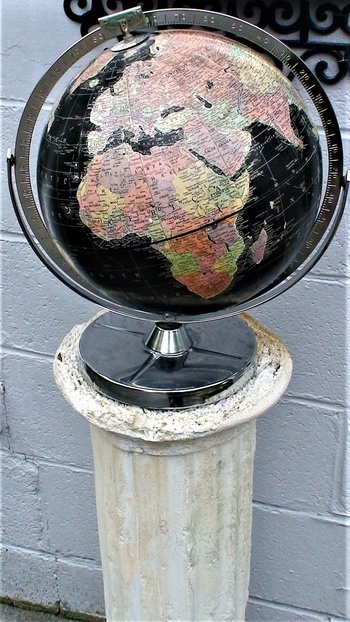 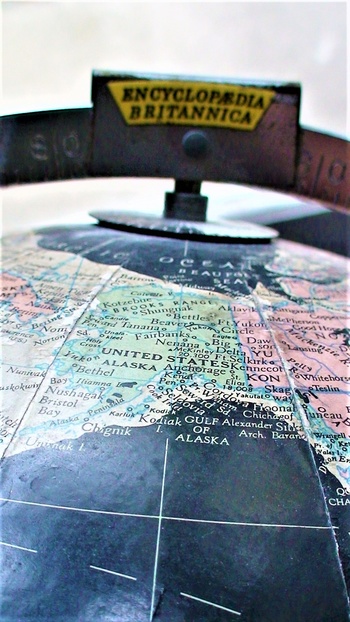 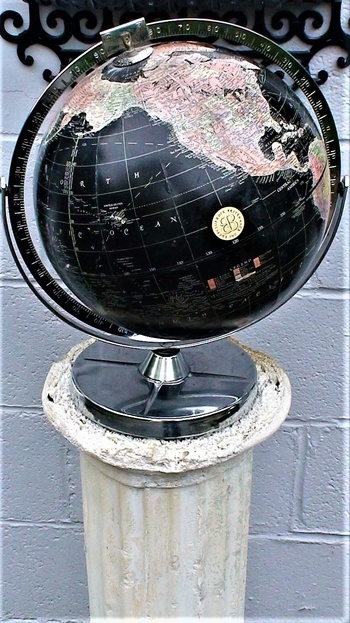 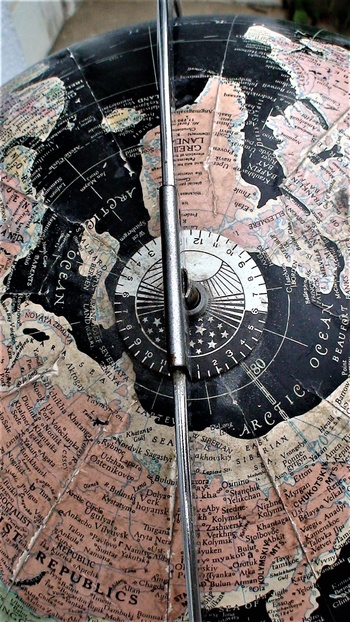 The globe was a complimentary gift by Britannica if an entire Encyclopedia set was purchased, because of this the Globe displays the Britannica emblem.

This globe is of Mid Century Modern design style. The globe features black oceans rather than the more common blue. It also has a chrome finished mount. It measures 17" in height including stand.

This model is displaying the political borders of 1961, as it shows the United Arab Republic (1958-61), a venture between Egypt and Syria, which lasted only a very short period. Only Egypt is labeled as the UAR. Since the legend of this model no longer identifies French West Africa (dissolved in 1960) it helped identify the age of the Globe.