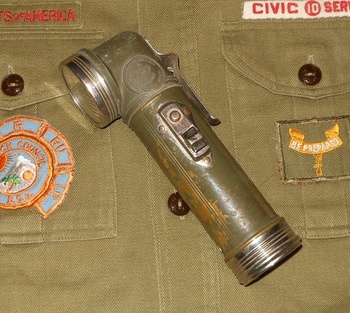 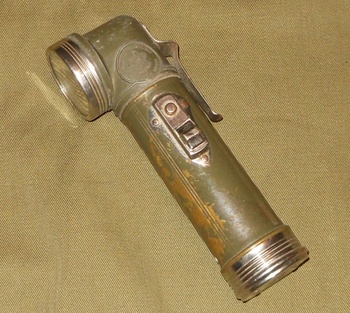 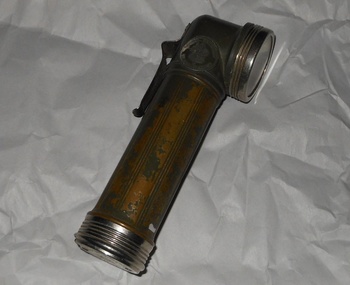 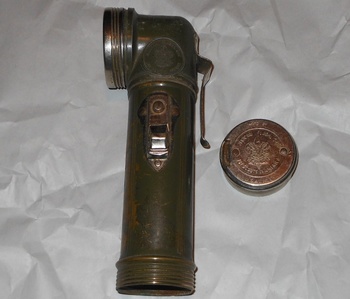 An official Boy Scout crook neck flashlight. It has the official emblem on it in three different places including the end cap. It is a bit smaller than the military style crookneck flashlights.
The brass under the paint has worn off in a here and there to reveal the brass underneath. Put a magnet to it to confirm it is a nonmagnetic metal. Also puts it as vintage as a new one would be plastic.
In the meantime I am working on a new display for the Scout memorabilia. Who would have thought?