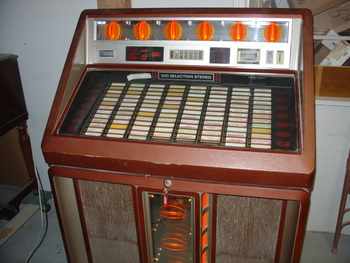 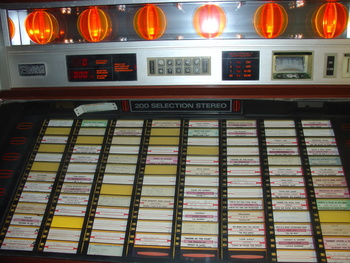 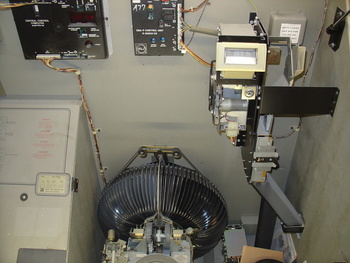 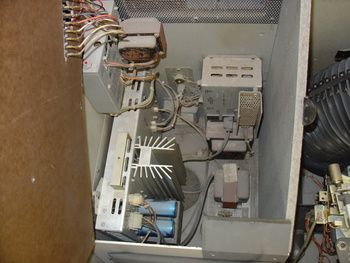 Roddyq's pics inspired me to find some of my own little 'quarter operated record player'... ;-) ...while maybe not totally as old or as cool as Roddy's Mexican machine (I did not know such things existed?!) it's still one of my favorite toys. :-)

This is an AMI/ROWE model R-91, dating from the late 1970's/early 80's -- and most definitely showing it with its orange/'coppertone'/mirrors/chaser lites design. It is currently in (dusty but) fully working condition except for its dollar bill acceptor mechanism which needs rebuilt. (and I have an extra one to facilitate that process when/if I get around to it)

I recovered this machine from a barn in central Illinois about 20yrs ago, where it had apparently been stored several years earlier by a distant cousin of mine (who I've still never met?) who apparently once worked for a local amusement company. The machine still, in fact, bears its last several years worth of official State of IL 'amusement tax' stickers and a local 'registration tag' from the small city where it last served commercially, which actually gives the name of the (dive?) bar it used to live in. :-)

When found, the box was filthy but complete (including records) except for its power amplifier chassis -- I got very lucky at the time and actually found and bought an exact replacement on eBay. It holds 100 45RPM records.