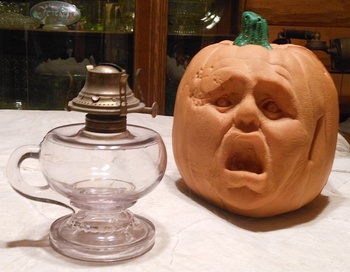 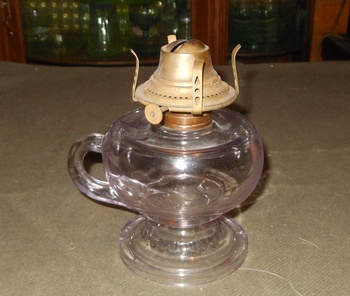 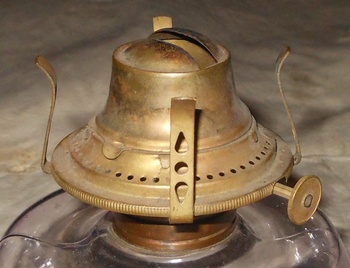 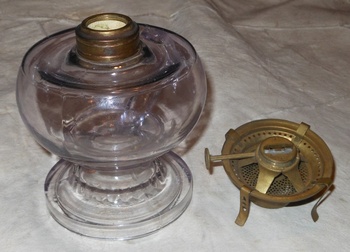 This is a finger lamp that probably used kerosene which some would sadly say has been turned purple. The seller admitted he had artificially irradiated it but I wanted such an example so here it is.
Around the turn of the century glass makers added manganese to make the glass clear. But oddly it would turn purple if left in sunlight. It proves it is antique but some consider it spoiled.
Anyway an interesting feature is the brass fitting built into the top of the reservoir. See photo #4. The burner screws into the fixture. The larger oil lamps would have threaded glass that the burner would screw into. Please forgive me for ending a sentence with a preposition but the "into which" thing seems a bit awkward.
The Jack-O-Lantern is foam rubber. Hopefully I will be carving a proper one this year.