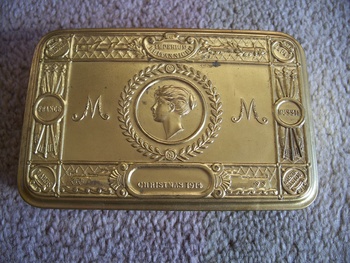 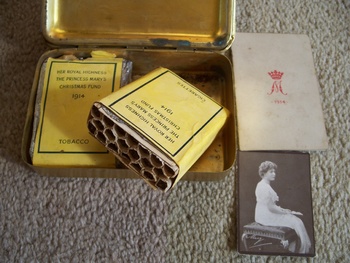 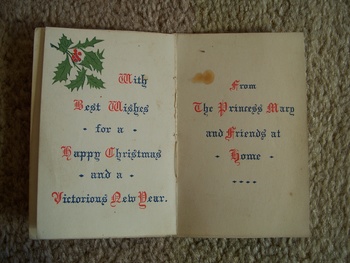 Lots of these around but very few still have the original contents like this one.

The Princess Mary Christmas Tin is an embossed brass box that was sent as a Christmas present to those serving overseas in the British army and navy at Christmas in 1914 and was paid for by a public fund organised by Princess Mary.

Most tins contained cigarettes and tobacco, as this one does here and also a pipe. Others had chocolate, or sweets and others had a writing set with a pencil fashioned as a bullet and paper and envelopes. There were also other combinations and substitutes that were sent out as gifts became available or unavailable. The complete list of what was sent has been lost in time.

All the tins contained the little Christmas card seen here and also the picture of Princess Mary.

The tins were manufactured to be air and water tight, and made a useful container for money, tobacco, papers and photographs, so were often kept and carried with the solders throughout the war. 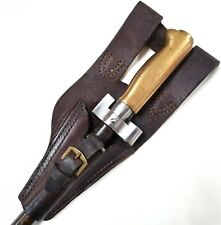 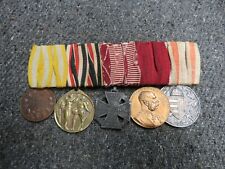