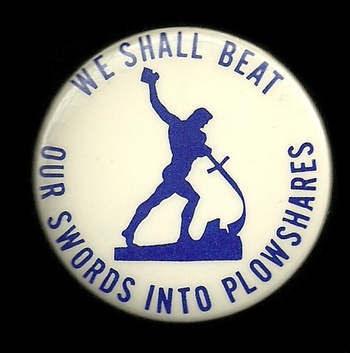 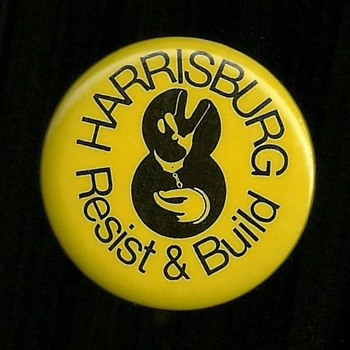 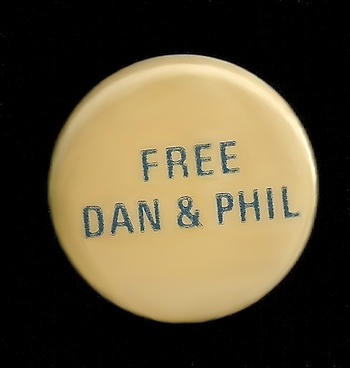 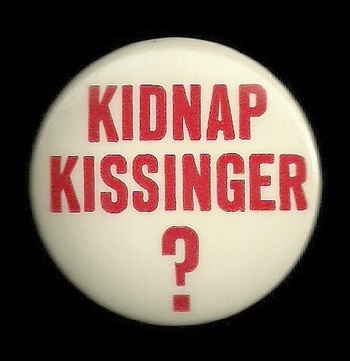 All four buttons related, brothers (Father) Phil and Dan Berrigan
1) "Plowshares Movement" 2" button - Brothers (Father) Phil and Dan Berrigan began the Plowshares Movement when they entered the General Electric Nuclear Missile Re-entry Division in King of Prussia, Pennsylvania, where nose cones for the Mark 12A warheads were made. They hammered on two nose cones, poured blood on documents and offered prayers for peace. They were arrested and initially charged with over ten different felony and misdemeanor counts.
WE SHALL BEAT OUR SWORDS INTO PLOWSHARES button, from Isaiah 2:4
He will judge between the nations
and will settle disputes for many peoples.
They will beat their swords into plowshares
and their spears into pruning hooks.
Nation will not take up sword against nation,
nor will they train for war anymore.

2) Harrisburg 8 Resist & Build - 1 1/2 button - Brothers Phil and Dan Berrigan, and five others, held a dramatic protest against the Vietnam War. They invaded the selective service office in Catonsville, Maryland, pulled draft files out of their cabinets, piled them outside, and set them afire with homemade napalm. The protesters, immediately arrested, became known as the Catonsville Nine. They were convicted, and when their appeals were exhausted, Phil Berrigan and Dan Berrigan refused to give themselves up and went into hiding. 1968

4) Kidnap (Henry) Kissinger? - 1 1/2 button, "The Harrisburg Seven" Phil and Dan Berrigan with five/six others attracted the notice of federal authorities again when he and six other anti-war activists were caught trading letters alluding to kidnapping Henry Kissinger and bombing steam tunnels.

Side note: One more surgery and I should be back on a more consistent basis ;p 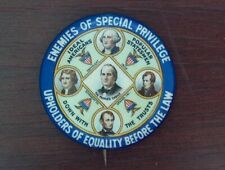 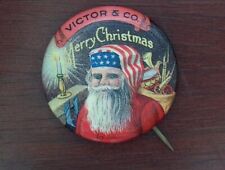 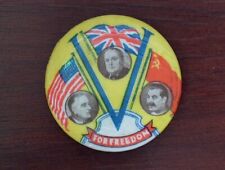 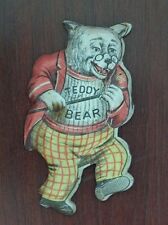