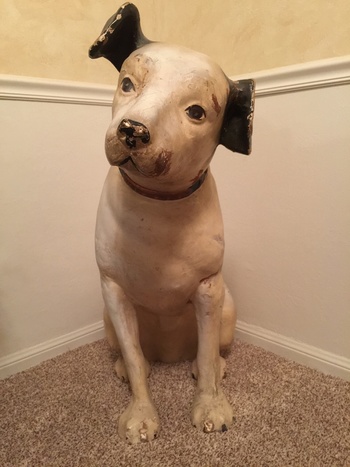 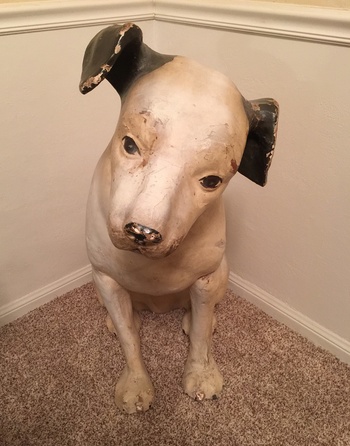 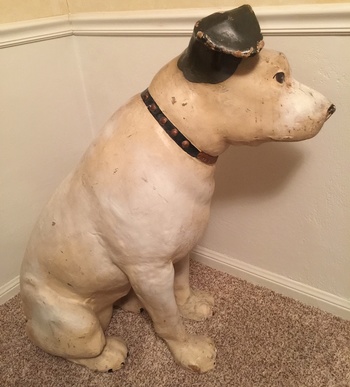 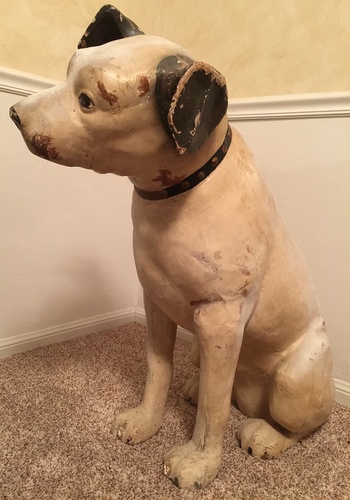 This poor fellow has never been to a preservationist, even though I've been tempted for many years. I think the effects of time have given him a rather stoic and resigned look as he guards my music room. It still surprises me how many people are startled when they see him sitting there..... especially smaller children. They tend to be afraid of him until they can touch him.