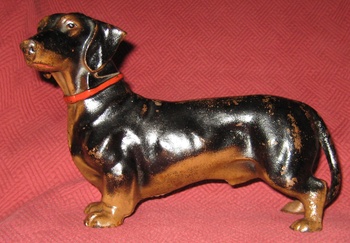 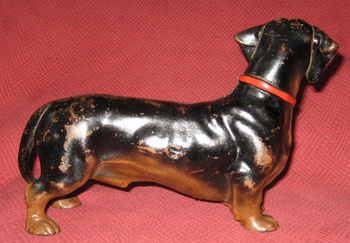 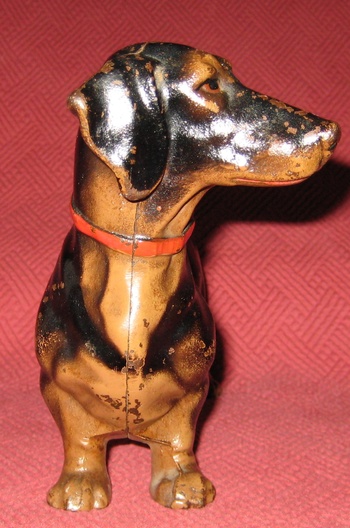 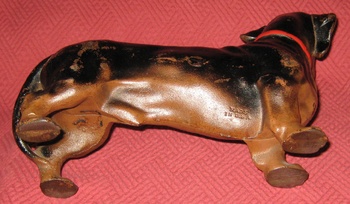 Hello again everyone!!
You saw my reproduction cast iron Dachshund still bank a couple of days ago. This is my original Hubley cast iron Dachshund. This one is the real deal. He was made in the in the 1930's and was listed in the 1939 Hubley catalog as #326 "Adolph, The Dachshund". Though he has a small amount of original paint loss, he's still considered to be in very good condition. Hubley simply marked these, behind his right front leg, "MADE IN USA", as you'll see in pic #4. Not so sure this would be considered a doorstop or a toy. Either way, I love this fellow!

He's rather small and measures only 9 1/2" long and 6 1/4" tall. He weighs 4 lbs. These have really became fairly difficult to come by, or at least one in good condition, like this fellow. I'm really proud to have this fellow in my collection. If you find one in today's world, you might have to pay upwards of $$$$ for one in any decent condition at all.

Instead of packing him away in a trunk again, I think I'll leave him out on display for a while. Thanks very much for dropping by and I hope you like Adolph, The Dachshund as much as I do!! 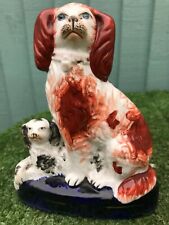 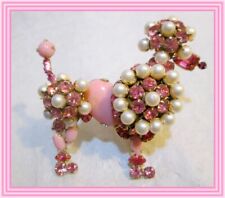 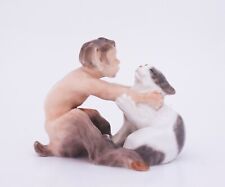