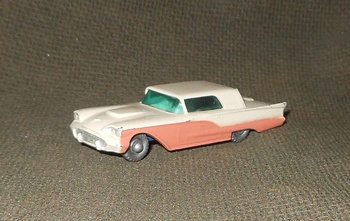 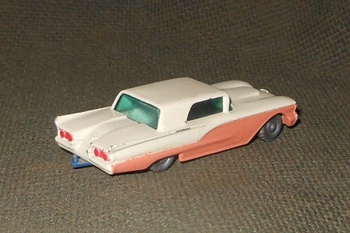 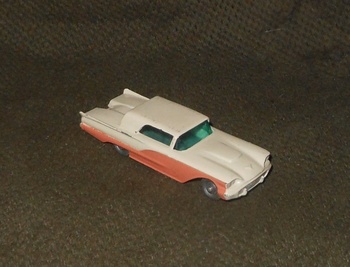 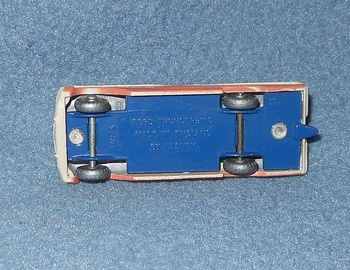 This is the first MB-75 released in 1959. 1959 was a big year for Matchbox as the line was extended from 60 modes to 75. The MB 1-75 line went on until the end of the Lesney era around 1975.
The Ford Thunderbird was a great choice because this one is a classic. Many Matchbox models were rather mundane but that too was part of the attraction. The older matchbox models such as this one had nice touches such as the two tone paint scheme. Also painted headlights and grills. Later models would be painted one color per piece. Usually if model needed a silver grill it would be part of the base. But then again early models lacked opening doors or engine hoods/bonnets or detailed interiors.
This model was made from 1959-1964. As it has Silver Plastic Knobbly Tires it is from 1959-1962.
Aside from all that I think it is a great looking model.