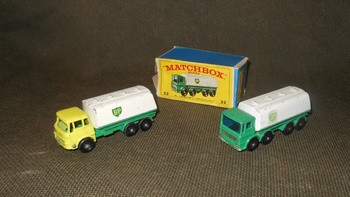 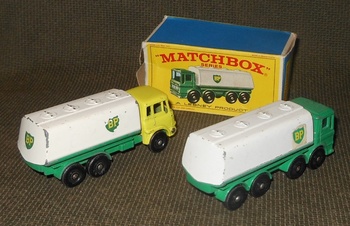 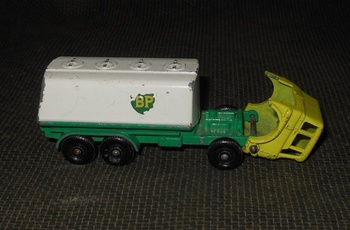 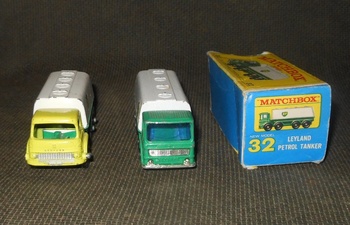 A pair of petrol tankers. The Bedford Tanker (MB25-C) with the yellow cab had a short run from 1965-1967. It was replaced by the Leyland Tanker (MB32-C) in 1968 which lasted into the Superfast years to 1972.
Hard to say why they replaced the Bedford with the Leyland. The Bedford had a tipping cab which revealed the engine. Missing from my model is the plastic interior which had seats and a steering wheel and so on. The Leyland had no moving parts which was unusual for a 1968 model. Perhaps there were problems with the Bedford's casting. That happens sometimes with toys.
The box for the Leyland is the E Type which means the model is from 1968. It is also proof the F style boxes were only used in 1969 something on which there has been conflicting information for a few years.