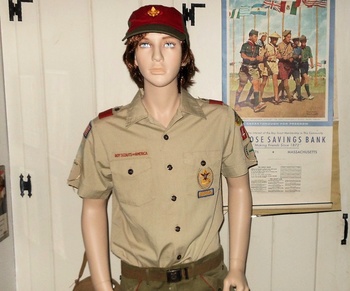 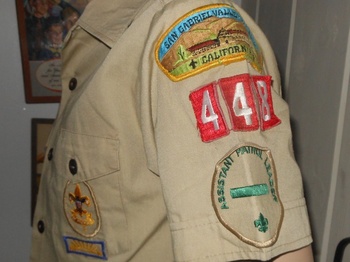 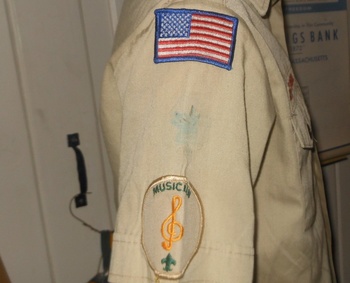 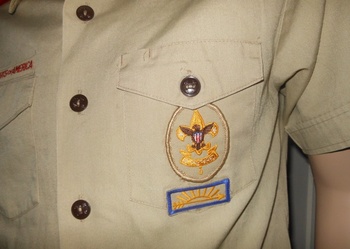 I believe the Oscar de la Renta designed uniform debuted in 1981, could be 82. The shirt was probably the biggest change as it went from green to tan. The pants stayed green although a darker green.
In addition to the shirt being tan epaulets with shoulder loops were added. The color indicates the branch of scouting. Red is for Boy Scouts. Adds a nice bit of detail and color to the uniform I think.
I had a different shirt that needed almost all the patches. Was having no luck finding patches when I found this other shirts with most of the needed patches for $10. Much less than the cost of the patches.
Of the patches one other change was the more colorful council patches. The previous ones were red with white lettering. Also on that sleeve is the troop number and the Assistant Patrol Leader patch.
The right sleeve has the flag patch and a musician patch. I believe the patrol patch is missing. I will need a 1980s manual to see what goes were exactly.
Not much on the right pocket. That is where temporary patches like camp patches go and I have those. The left pocket just needs some medals and I have those too.
The uniform is almost complete so stay tuned.