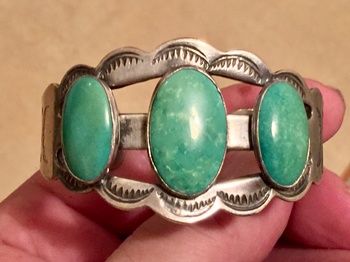 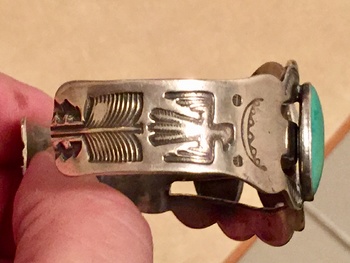 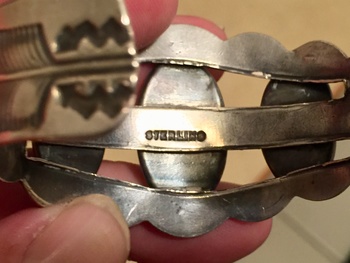 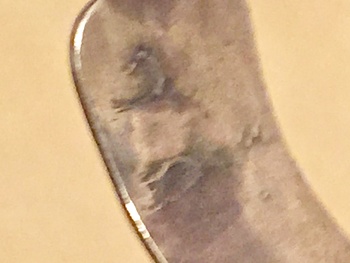 My aunt who passed away in 1982 had a huge collection of primarily costume jewelry that she passed on to my mother that I have never seen until last month.There’s at least 500 pieces in boxes she had in the closet of the spare bedroom she wanted to show me and there’s a safety deposit box full of the more valuable pieces. She has over 100 Native American pieces from the early late 19th century to mid 20th century. This wasn’t the most ornate piece but I really liked the symbols on the sides and even though I don’t know what kind of stones these are I liked the color of them.I was told this was one of her favorite pieces that she wore a lot.I’m not sure how old it is but I have a picture from 1954 of her wearing this.You can see a name on the inside that’s almost worn off.Thanks for looking 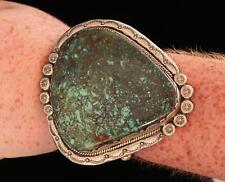 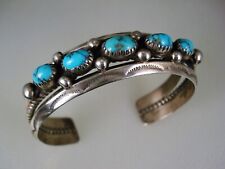 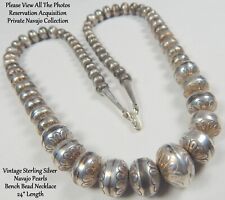 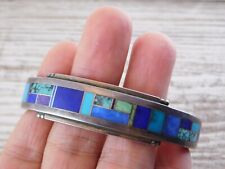