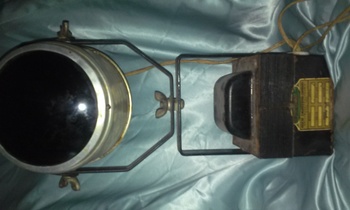 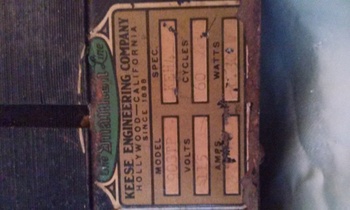 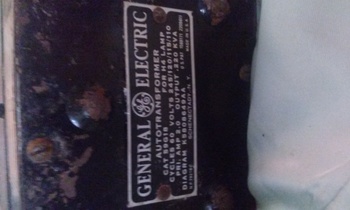 I'm not exactly sure of the age, but was told that this was a blacklight footlight, perhaps for burlesque shows. Here's what I could find about the makers ''John ("Pop") Thompson Shannon founded Shannon Luminous Materials, Inc., and was predominate leader in fluorescent and ultraviolet technology. Pop Shannon, as he was referred to, was born in 1876 in Baltimore. He obtained the Maryland master electrician's license No. 28 (first series). His life and career brought him into contact with many famous people. Pop Shannon personally knew Thomas Alva Edison and Charles Proteus Steinmetz; these meetings influenced the direction of his career.

Pop Shannon developed fluorescent material for the first Ziegfeld Follies in 1907. Back then, he used carbon-arc black lights, and he eventually became the west coast agent for the General Electric Company for mercury-arc lamps. In 1912, Pop Shannon joined an engineering firm called Keese Engineering Company, which eventually went on to become Shannon Luminous Materials, Inc.

Several years later, while driving one afternoon in Culver City, California, Pop Shannon noticed men working in an open field on an airplane. Curious, he pulled over and began chatting with them. The day progressed into night and Pop Shannon suggested that they could use some of his lights that he had stored in his car. When he returned with the high-power lamps, the men started back to work and continued through the night. On of the men was named Donald Douglas, and his helpers were working on their first contract airplane. This relationship allowed Shannon to provide lighting and engineering to Douglas Aircraft Company for many years thereafter.

Pop Shannon started to develop fluorescent paints, dyes and stains in the early 1930s. His main focus was providing fluorescence for theatrical and display usage. By 1945 he had developed a comprehensive product line of fluorescent lacquers, fluorescent inks, fluorescent fabrics, fluorescent ribbons and fluorescent costume materials. It was this line that Pop Shannon used as the foundation for Shannon Luminous Materials, Inc.

Pop Shannon also dabbled in electric cars and produced some amazing feats. One such feat was the development of an electric car that went from downtown Los Angeles to the Mount Wilson Observatory and back on one charge. Mind you that this was on a dirt road in 1915! Yes, John T. Shannon was an extraordinary person who touched many lives and brought us all a little more light.

We at Shannon are very proud of our history and look forward to bringing you a very fluorescent future.'' 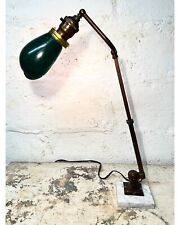 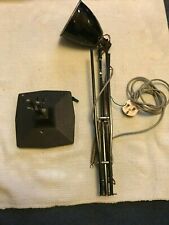 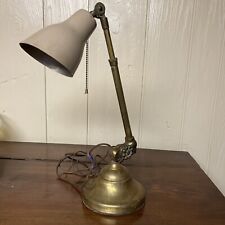