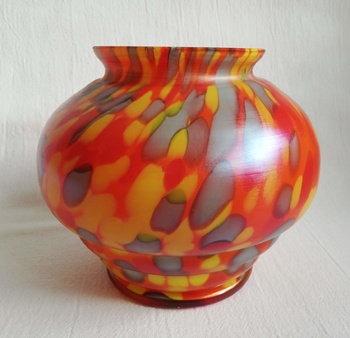 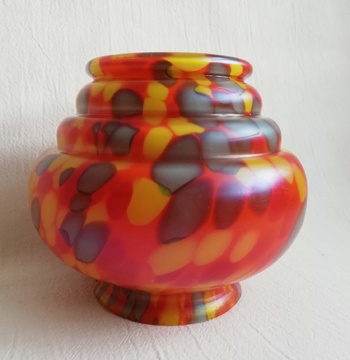 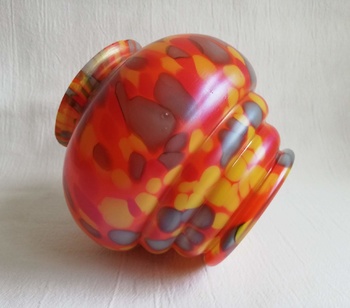 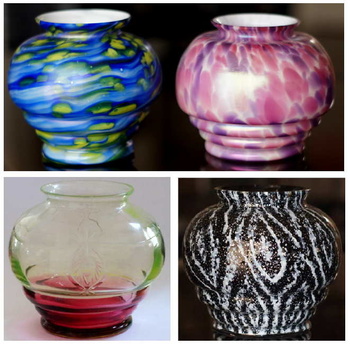 This is a Welz spatter glass vase. The shape is known and has been found in several Welz décors. The spatter is less well known but has been found on this shape previously. The spatter is red and yellow on a a vivid orange ground. On top of that is a blue spatter. This blue spatter (with a grey outline) is found on top of other spatters on Welz shapes. It is cased in clear inside and out and then finished with an iridescent sheen. A lot going on for such a small vase!

Many thanks to Craig for providing images of his vases in other décors!