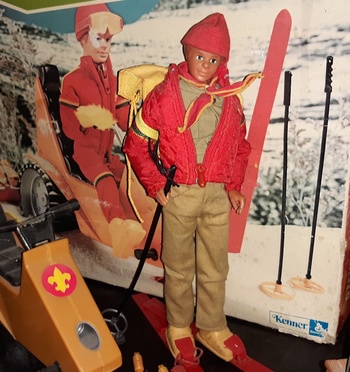 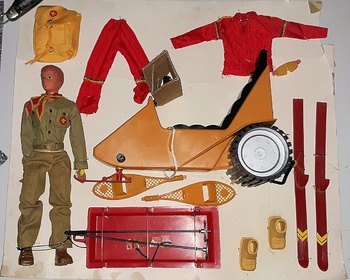 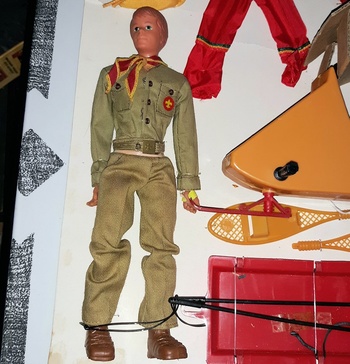 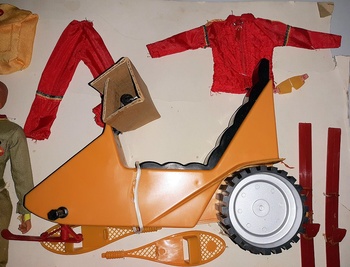 Yes it isn't Saturday but while this is approved by the Boy Scouts of America it is not official Boy Scout equipment so here it is on Thursday.
The Steve Scout Avalanche on Blizzard Ridge is a fairly common set except for the version that comes with a figure. I bought one set in the days before the internet and I removed the figure from the backing card inside. This is the one seen in photo #1. Today I got one I bought off eBay with everything intact. Well the inside part at least. For some reason somone cut the sides off the box so it only has the front and back of the box. Anyway that is enough as I have a box although it is a bit rough.
As can be seen this comes with many accessories including a snowmobile. Along with the snowmobile there are skis and snowshoes along with a sled for the snowmobile. Also there is winter clothing including a jacket, pants, cap, mittens and googles. There may be a few pieces I left out but plenty of play value in this set. I fear the Steve Scout figure will be stuck on this card for years to come but is out of the box to enjoy some fresh air.