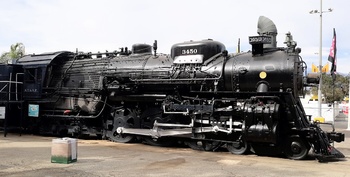 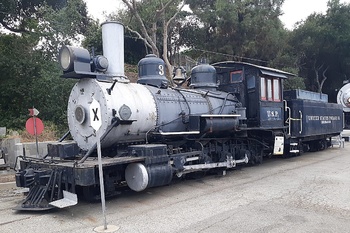 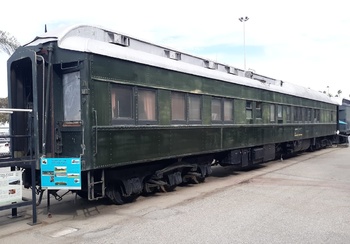 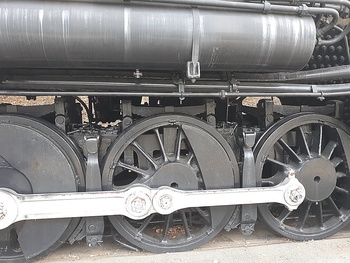 The best thing about the Los Angeles County Fair are the museums which are otherwise rarely open. The best of which is the Rail Giants museum which features some of the largest locomotives ever made. It was the home of Big Boy 4014 which is now restored and running the rails. Good that it was restored but a bit of a bummer that it isn't there anymore. They still have 3 of the largest which I will post later.
Starting off is an AT&SF 4-6-4 Hudson made in 1927. It was rebuilt in the 1930s with bigger drivers (wheels) and was able to go over 100 MPH. It is a large locomotive but not quite a giant. They have the whistle (horn) hooked up to an air compressor. It is LOUD.
#2 is humble turn of the century narrow gage locomotive. It has tiny drive wheels for use in steep terrain. What is Potash? Sounds like something one would mine.
#3 is the Nickel Plate Business Car No. 6 built in 1923. It is a luxury Pullman car with a lounge in the back. I think that was customization as normally a car like this would have an observation deck on the rear.
Wrapping it up is a sneak preview of a true giant. A 4-10-2 locomotive. Not a small wheel 10 but a full size drivers that are 63" tall.
Much more to come.