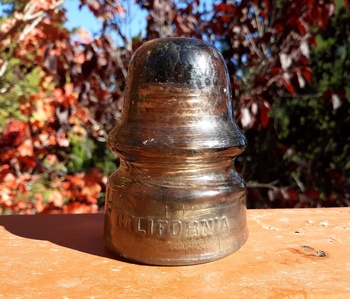 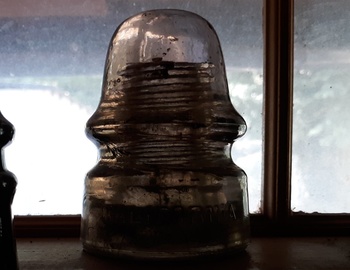 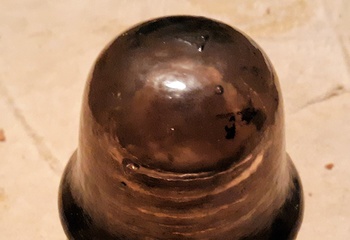 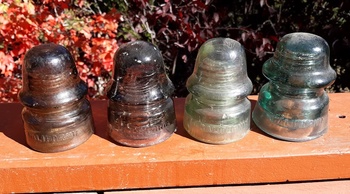 The color on this one is a bit hard to aee but it is what is called purple. It was originally clear but UV rays over the years gave it a purple tint. Photo #2 shows the actual color the best
California Insulators were made from 1912-1916. The company which was in Long Beach was destroyed in a flood in 1916. That is why the LA River (as seen in movies) is a big concrete channel. Despite being known as an area where it rarely rains when it did there tended to be flooding. The LA basin is surrounded by mountains that focus all the water intro a small area thus all the concrete lined rivers.
The CD 161 insulators are 3"x4" although this one is a bit narrower, probably about 2 7/8' at the base. Variations occurred plus there were bubbles in the glass. All good enough for insulators from 100 years ago.
There is an A embossed on the top which may be the shop designation.