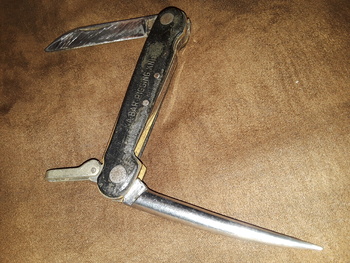 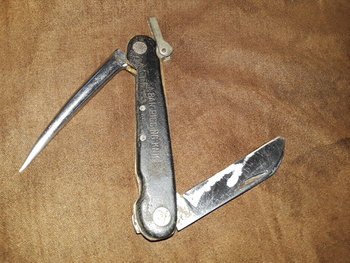 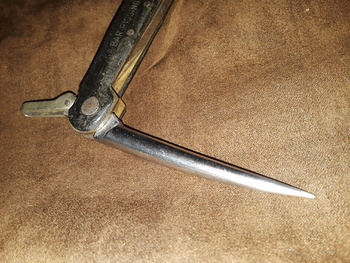 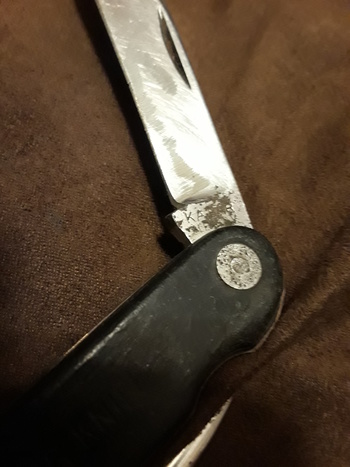 Yup...one more formerly discarded item discovered in 'somebody else's house's cleanout'. :-) This, as plainly marked on its side and blade, is a "KA-BAR RIGGING KNIFE". About 4-1/2" when folded, it is more like 10-1/2" when fully opened. One end has a 2-3/4"L knife blade (with KA-BAR and something else I can't make out stamped near its hinge) and the other has a 3"L 'marlin spike' which actually locks into place when fully unfolded, the small loop/lever behind it serves as the catch to release it to re-fold the knife.

I don't know how old it is, apparently similar knives were made by the same KA-BAR company for a long time, if they're not still making them today. It *does* show evidence of past usage, (re-sharpening, etc) in whatever capacity somebody else found it useful for.