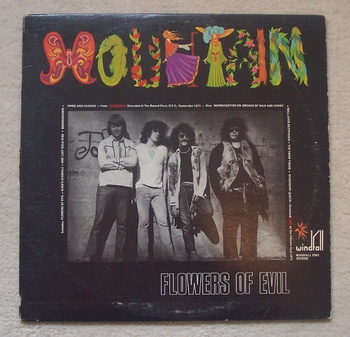 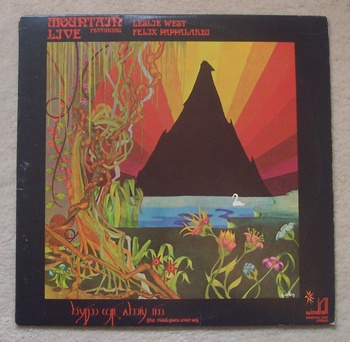 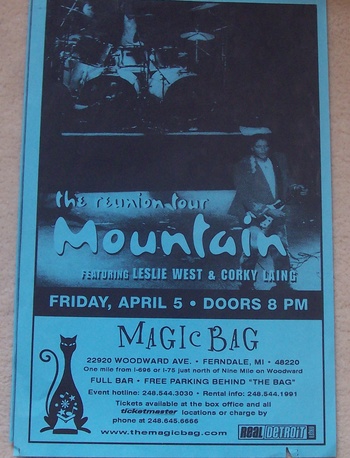 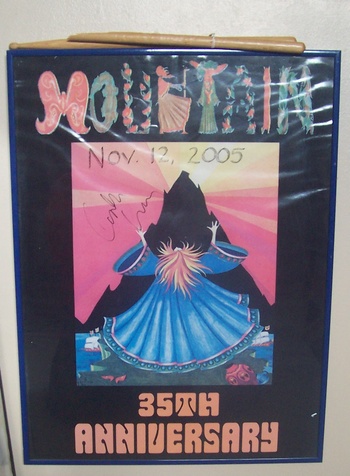 Mountain! Formed in 1969 by vocalist/guitarist Leslie West. Along with Felix Pappalardi on bass/vocals, Corky Laing on drums(although they had a different drummer to start with) and Steve Knight on keyboards. They had a raunchy hard rock style mixed with blues. there most famous hit would be 'Mississippi Queen', a well know radio hit. They broke up in 72 but reformed many times over the years. Leslie has played with other greats such as Robin Trower and Jack Bruce.
I have seen Mountain a good number of times during the late 80's and 90's at small clubs in the Detroit area. These 2 albums are live performances.
1st is Flowers of Evil, third studio album with the 2nd side a live performance. Possibly a concept album about Vietnam and drugs. Live tunes recorded at the Fillmore East in NY on June 27 1971.
2nd is Mountain Live, came out on April 24 1972. Recorded at 3 different shows in 69, 71, 72.
3rd is a poster I got off the wall at the Magic Bag venue in Ferndale Mi.
4th is a signed and framed poster I got from a night club in Detroit, by Corky Laing along with some of his drumsticks.

Keep Rockin in these freaky times!!