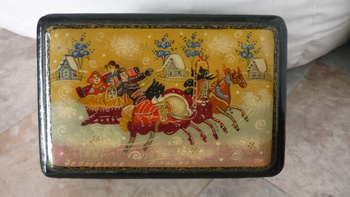 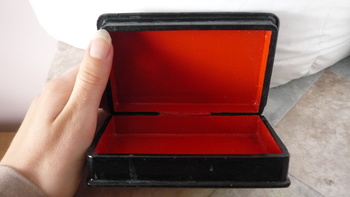 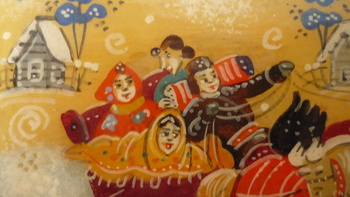 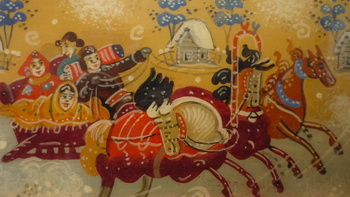 I went to the charity shops today and found this- a Russian Lacquer box!
This is the second such example I've found in these few years of collecting life and a really nice example of one too. It's also signed in the left hand corner but since I don't speak or read Russian I don't know what it means. It's got a lovely aged glow (or patina?...) to it and depicts a wintry horse sleighing scene, so it's doubtlessly Russian!
Inside the box, which is actually kind of shallow is a deep bright red shade, I was originally keeping an eye out for a box that would be suitable for keeping bottles of essential oils in but this, though lovely is WAAAY too shallow- I took it anyway because of how small and sweet it is and it'll be fine for keeping rings and stuff in.
Cost- €5 ($5.95/£4.46)