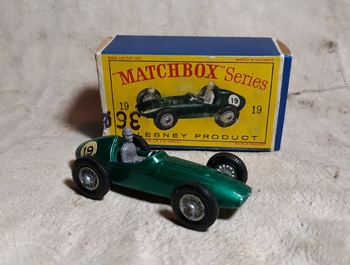 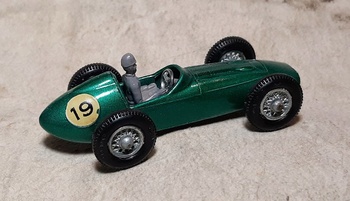 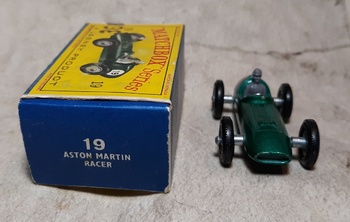 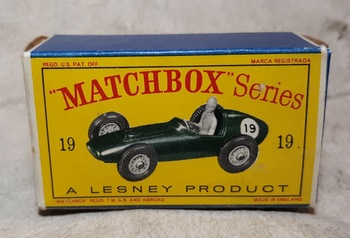 Picked this up on my recent travels to Arizona. This is the Aston Martin Racer or DBR 5 to use the proper name. It is Model # 19 and was released in 1962 and sold through 1964. A rather short run. The box is the D2 style box. The difference is that the D1 box has serif style lettering on the end flaps. There isn't really anything to narrow down the year it was released.
A little fun fact, the #19 on the model is also the model number. I believe Matchbox did this with all their racers. It was only 36 cents, the typical price was 55 to 59 cents but this a slightly earlier model.
For some background the Aston Martin DBR5 was a formula 1 racer. These were made in 1960 and were not successful. By then most of the formula 1 racers were rear engined. Two of these were made and both were scrapped in 1961. After that Aston Martin got out of the race business and started designing cars for secret agents.