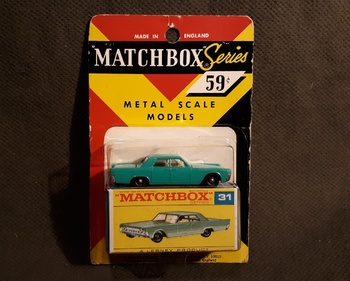 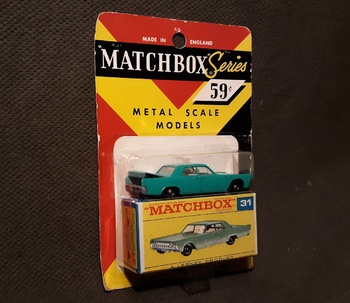 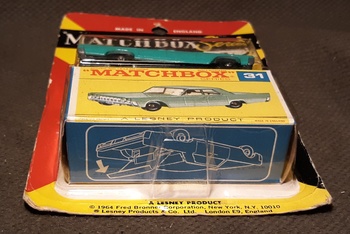 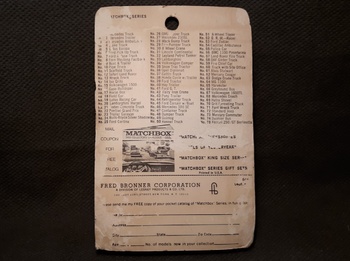 my second carded Matchbox model. I posted my first a few months back. In most toy stores the Matchbox cars were kept behind the counter and there would be a display on top. You would ask for which one you wanted and the clerk would take your money and give you your Matchbox car. In other stores they were kept on the shelves in cards like these.
This model the Lincoln Continental was first released in 1964 and sold through 1971. For the first three years it was darker blue. In 1967 it was changed to the turquoise color seen here. In 1970 and 71 it became a Superfast model in olive green. The box on this one is an F Style box used in 1969. Slight chance it is from 1968 but unlikely.
The exciting feature on this model is that it has an opening trunk. Lincoln Continentals had very large trunks and were something to be proud of. It was a bit primitive for a 1969 model but it was along with the Pontiac Grand Prix the oldest model in the catalog in 1969.
Next week I may get all my Lincoln Continentals together. I think four of them.