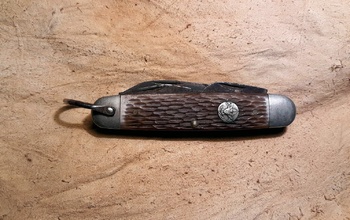 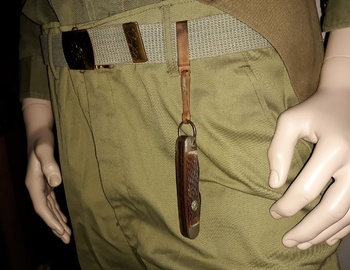 The site I used for Boy Scout knife identification seems to be no more so my accuracy may suffer a bit here. Also information on Ulster knives is a bit fuzzy. They were purchased by Imperial knives in the 1940s and Schrade eventually merges with Imperial. But knives with the Ulster name are still being produced. Looking up my previous research it looks like Ulster ends in 1985. And according to my research begins in 1962.
Now this pocket knife has the typical blade/tool combination of Boy Scout pocket knives. It has the usual 3 1/2 main blade with 2 can openers and that small pick blade that no one uses. I can tell no one uses them because with every pocket knife I have the pick is almost impossible to open.
Wrapping it up shows how these would be worn. In spite of being a pocket knife they were worn on a belt hook. Boy Scouts like to display their accessory wealth. If you had a fixed blade knife even better. 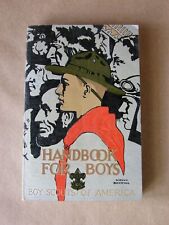 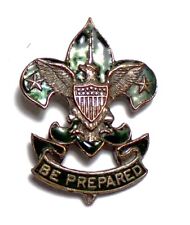 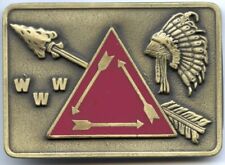