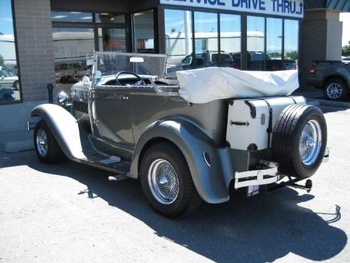 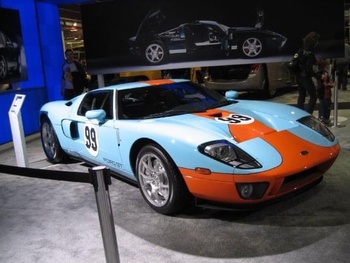 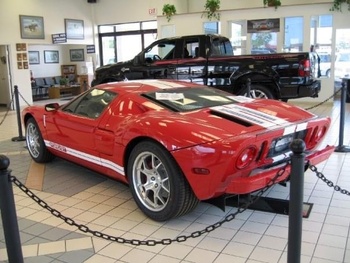 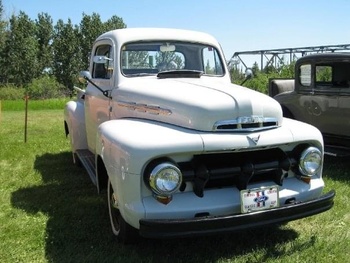 — The first car is privately owned by a former Ford dealer in north Calgary, Alberta.

— The second photo is of Wayne Gretzky’s 2005 GT. These 2005s were commemorative cars, manufactured for the 100th anniversary of the company (2003) and to honour the GT 40. There was limited production. The colour package shown on Gretzky’s car was only available to top line, select dealers. No dealers in Calgary were permitted to order the “Gretzky colour package”; his car came to Calgary as part of a show that year, and that is where I photographed it.

I lived in Edmonton during the last years of the Edmonton Oiler Dynasty. My children went to kindergarten and early elementary school with the young children of married Oilers, many of which lived nearby. Wayne and Mark Messier, Gretzky’s best friend and team member, were almost still single at the time; and they lived in apartments in a high rise some blocks away, not in our neighbourhood; but were often “around.” Mark’s family, he is an Alberta boy from St. Albert, owned a business in the nearby West Ed Mall; and he and Wayne sometimes roamed the halls and food courts of the Mall, skated at its rink, along with the rest of us not hockey greats. I did not know Mark and Wayne personally, but had a “smile and nod greeting” relationship with each because our paths crossed somewhat often.

Our family was all at the Northlands Coliseum at the end of May 1988, of course — along with thousands of others. When Boston pulled it’s goalie in the final moments of Game 4, Oiler Esa Tikkanen skated to the Edmonton box and grabbed a curling broom. As he (amazing funny guy) skated toward the Bruin blue line, he looked up into the stands, perhaps searching for familiar eyes. I smiled back at him, and pointed to my little daughter who was beaming at him and laughing. He smirked at her, and beamed back all the while he swept a wide path from the blue line toward the empty Bruin net. Seconds of play later, Wayne and Mark were circling the ice, the newly-won Stanley cup hoisted high in the air. Edmonton had swept Boston on home ice to win an unexpected victory! All the way home, my little daughter kept saying, “Esa smiled at me. And smiled at me some more.”

Peter Pocklington would trade Wayne Gretzky to Los Angeles during our last year in Edmonton; and a long-remembered, city-wide, distress drama ensued.

— Third photo is of a red package GT sold in North Calgary, Alberta in late 2005. Calgary dealers seem to have been limited to the red and white package, and a silver finish package. The two-seater GTs were priced $200,000 - $270,000 Canadian, when available.

— Fourth photo is of an old truck that I thought interesting. 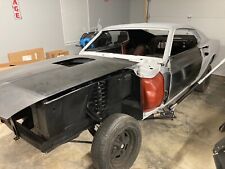 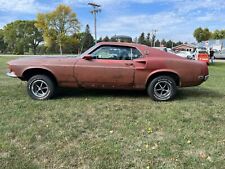