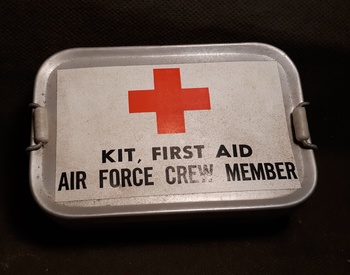 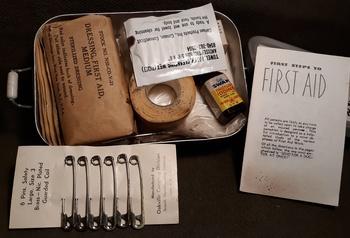 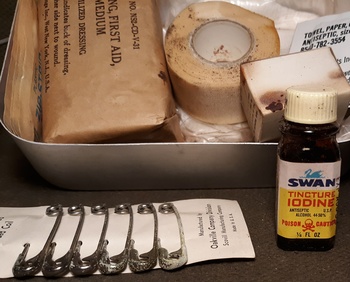 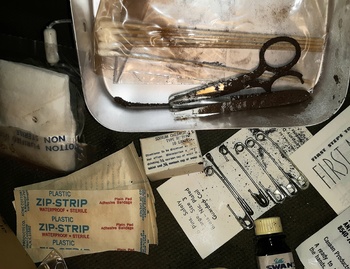 Only the military would call a first aid kit a kit first aid. Anyway this is another fun kit filled with goodies. Looks like some moisture got in as there is some rust on the scissors and tweezers. It has the usual assortment of gauze bandages and other such. Has some sodium chloride pills which is for purifying drinking water, typical of military kits. It has a bottle of Iodine which expired in August of 1982 which datres this to the 70s or late 60s. I think the contents of the bottle leaked out and that is whart I thought was rust.
The size of this is 6 1/2L x 4 1/2W"" and 2" deep. Would fit in one of those large leg pockets just like the GI Joe Action Pilot. 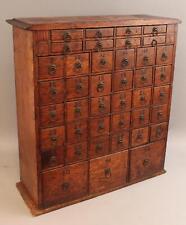 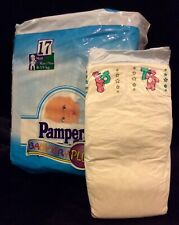 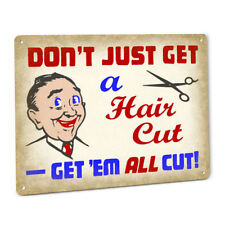