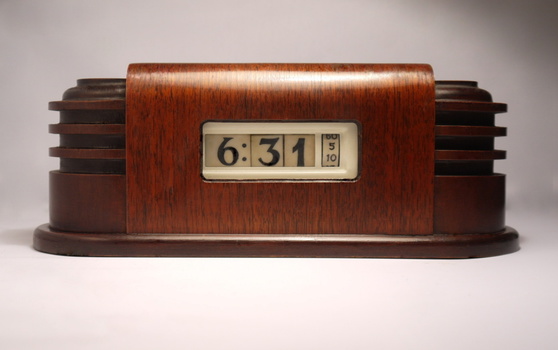 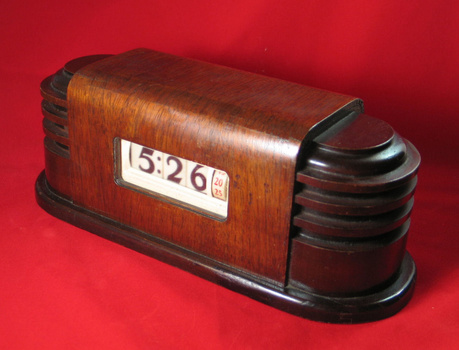 The sleek Streamline Moderne "Zephyr" electric cyclometer clock was made by the Pennwood Co. of Pittsburg, Penn., beginning around 1939 and continuing until the onset of World War II. Like the rest of Pennwood's wood cased clocks, its production was not resumed after the war.

Pennwood was perhaps the first company to market a 'digital' clock, beginning in the early 1930s (Warren Telechron filed for a cyclometer patent a month before Pennwood, Feb. 1933). Their movements were also used in GE, Lawson, and Seth Thomas clocks, among others.