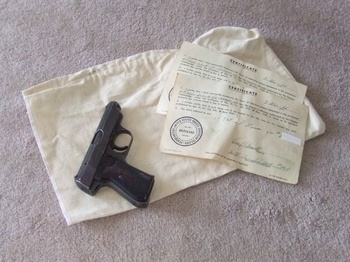 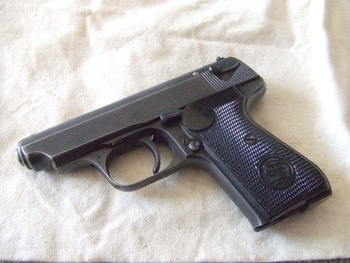 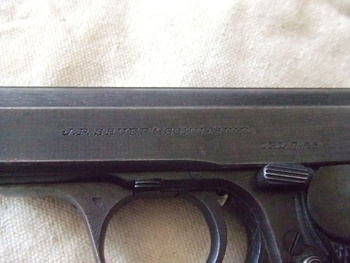 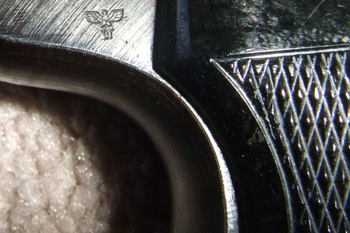 This is a German J.P. Sauer & Sohn pistol that was captured during WW2 and brought home by the veteran.

The pistol is in Excellent condition with all matching numbers. I have a holster as well as two magazines for the pistol.

The small papers are both copies of the capture paperwork on a European Theater form. The paperwork includes the serial number and it matches the gun.

The white cotten sack was used by the veteran to hand carry the pistol home after the war.

I purchased the pistol from the veterans widow in the late 1990s.

She told me that by the end of the war, she had gone two years without seeing him. He had the bag in his hand when she met him in the train station on his return home. She assumed that it was some sort of gift for her-- French silk or perfumes, and she was very excited to see. After waiting for a while, and he not giving it to her she asked and was a little disappointed to find that it had the pistol and not a gift!