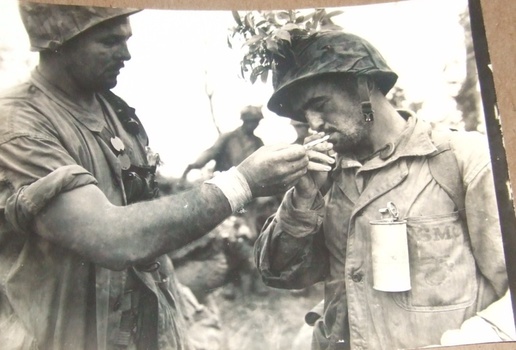 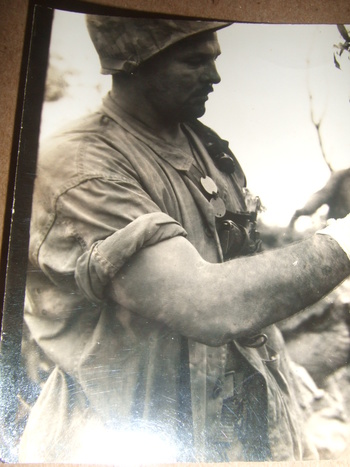 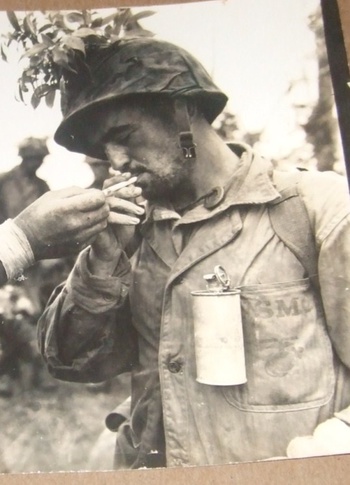 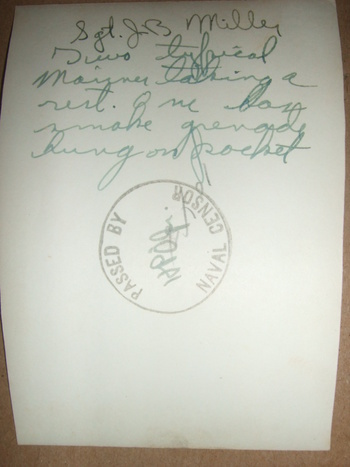 The details are fantastic: Both wear the circular dogs and look like its been several days since they have seen a razor.

The one on the left has a holstered .45 on his chest.

The other has a smoke grenade suspended from his pocket and has added some island foliage to camo his helmet. His fingers shows the signs of being in water for an extended period of time.

On the back is the identification along with a "Passed by Naval Censor" stamp.

Reproduction in any form without permission is not authorized.