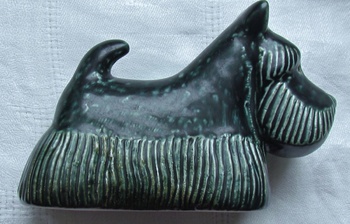 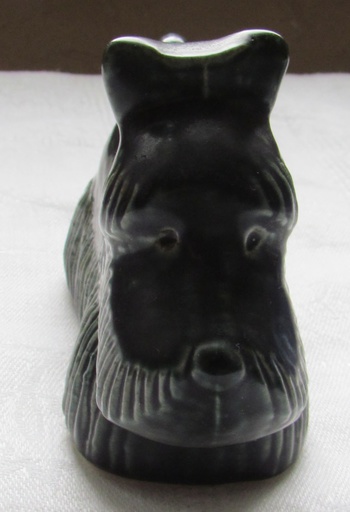 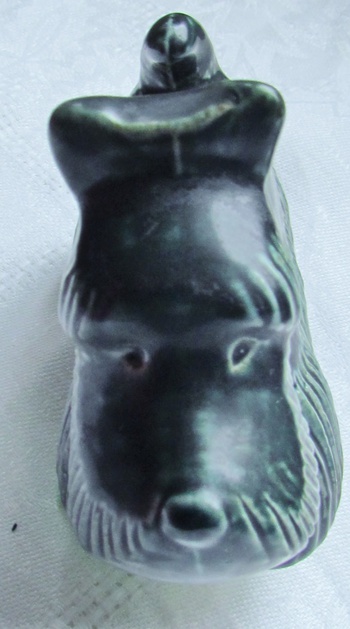 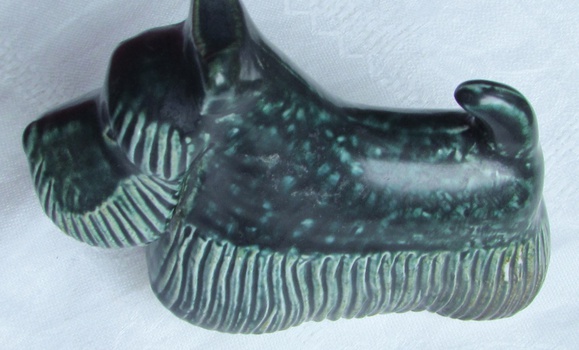 I had to share the marvelous birthday present I recently received. I saw the postage from Europe and thought that a kind friend might have sent me a piece of Swedish or Finnish art glass. But no! Out jumped this "Skotte", which I've heard translated as 'Scotsman'. Don't know if the translation is a felicitous one, but I am sure that the Scottish Terrier is most felicitous - no mistaking him! - he's the very essence of Scottiehood. From Lisa Larson's "Kennel" Series, for Gustavsberg Sweden. I don't know exactly when he was made. I have seen one identified as 1972 production, and another as 1977-79. I do know that this doggie was a limited production number, and I'm told that he is rather scarce. I had never heard of Lisa Larson before joining Collectors Weekly, but these Larson dog figurines attracted me immediately. I am delighted with this noble fellow, with his dignified bearing, his intelligent and alert face, his joie de vivre, enthusiasm, courage, wit, spirit, his bristling whiskers, and luxuriously combed coat. Larson has captured the essence of the King of the Terriers beautifully. Notice the combed 'skirt', beard, and eyebrows. She also stippled the glaze on his back. Skotte is a deep, muted green. My photos don't capture it well. 8 cm tall. Woof woof!