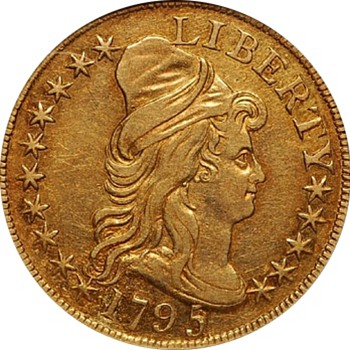 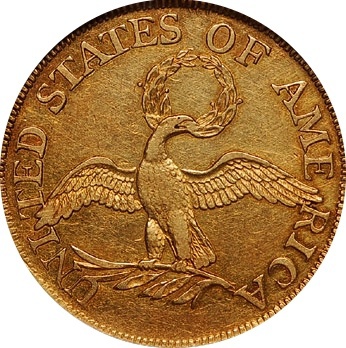 The 1795 $5 half eagle, along with the $10 eagle from that same year, was the first official gold coin produced by the United States. One thing I like about this coin is the year that it was minted. (I also have a 1795 silver half dollar that can be see at http://acdwyer.com/1795_halfdollar.aspx)

In 1795, most of the Founding Fathers of our country were still living, George Washington was President, and Philadelphia, where the coin was struck, was still the nation's capital.

Since $5 would have represented a significant sum in 1795, it is probably fair to say only someone well off would probably be carrying one. So for all I know, this coin may have once been in the pocket of George Washington or Thomas Jefferson.