Happy Lunar New Year, from Collector’s Weekly! Here are some of the headlines, auctions, and blogs that caught our attention over the week. 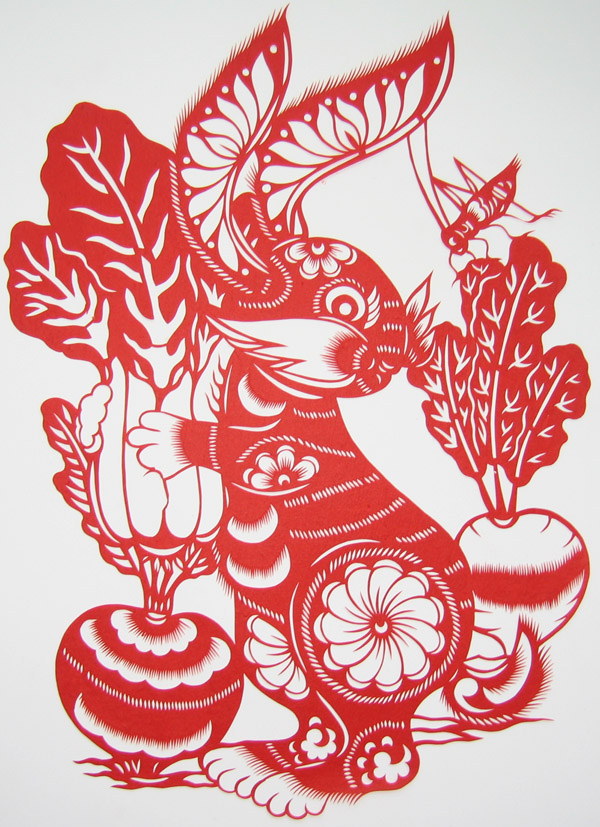 Yesterday, we officially hopped into The Year of the Rabbit, and Wired’s Geek Dad offered some helpful hints on how to celebrate the Lunar New Year right, including picking up a copy of the 1964 book “The Year of the Angry Rabbit.” It’s also an excellent time to peruse our Chinese antique category, or if you’re feeling cross-cultural, maybe covet these Steiff bunnies, Pupphase Bub and Maedel. (The Chinese paper cut, above, celebrating the Year of the Rabbit can be found at China Art World.) 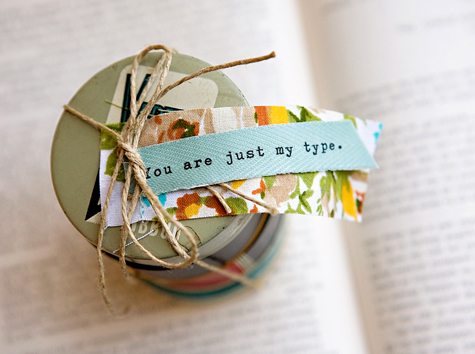 Speaking of holidays, Valentine’s Day is around the corner. Of course, the question is always how to show your sweetheart how you feel in the most creative way possible. We—always—recommend you avoid giving that special him or her crap (see our vintage gift guide). Buzz Feed posted the cutest vintage video-game style Valentines (Mario is the Romeo of Generation X), while Design Sponge found a way to make those cool-looking typewriter-ribbon tins we adore into tokens of love. Gentleman, if you want to win a fashionable young lady’s heart, we recommend you skip the balloons and Whitman’s samplers, and go for a unique piece of costume jewelry. To get ideas, see the excellent owl, tiger, and snail pieces posted at The Hairpin. 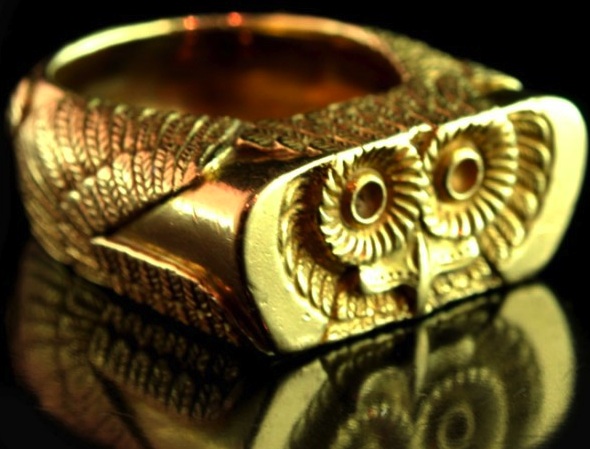 The biggest heartbreak for vinyl collectors is this week is the official end of The White Stripes (via Flavorwire). It’s been years since the dynamic duo (and onetime couple) has put out a full-length album together, so this isn’t exactly a shocking development. However, what do you  bet this will send the prices of the band’s limited-edition dual-colored records, released through Jack White’s Third Man Records, through the roof? Read more about these unique albums on Collectors Weekly, here and here, and then check out Nerdage’s nice slideshow tribute. 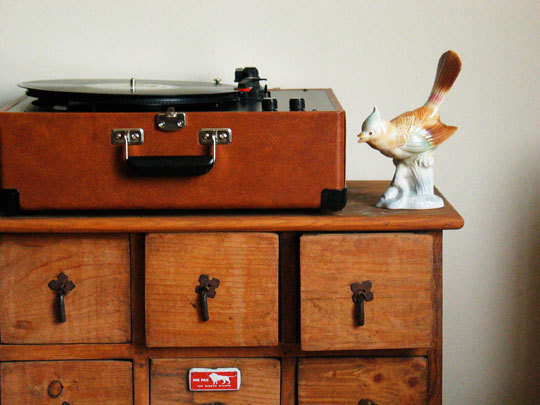 In other music news, the death of Brian Rust, thought of as the father of the modern discography, has Flavorpill musing about the music pioneers that didn’t snag headlines the way the Whites do. On a lighter note, Jezebel, via the Hairpin, presents the contents of Janis Joplin’s purse (as an antidote to all the impossibly neat and proper ladies over at Inside My Bag). They include: an antique cigarette holder, a compact and makeup cases, “match box covers with phone numbers written in near-legible barroom scrawls,” guitar picks, a hip flask, Johnny Cash and Otis Redding cassette tapes, sunglasses, assorted pens and writing pad, an alarm clock, and two rather large books. Hey, there’s a gift idea, a big ol’ handbag for all that junk. Or, even better! A suitcase turntable, “suitable” for any record lover you know. (Via Apartment Therapy) 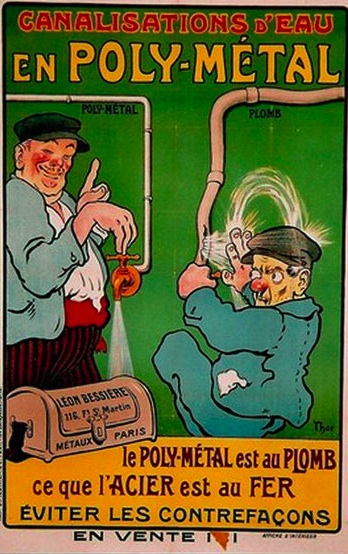 We love antiques because the past has so much to teach us. For example, these vintage posters, posted on Wired, reminds us how inventions we take for granted—including indoor plumbing, typewriters, bicycles, radios, cameras, telephones, televisions, and lightbulbs—were all once considered marvels of modern technology. At the same time, these magazine advertisements, posted on ModCloth, show how blatantly sexist society was, as ads pitching the new phenomenon of the personal computer, were exclusively directed toward men. 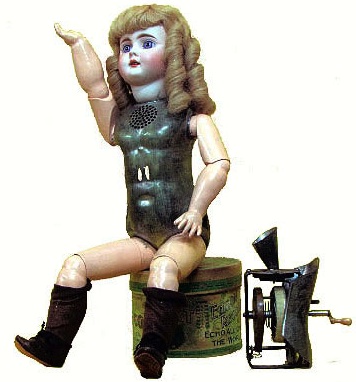 It’s always been a source of controversy as to who gets credit for the invention of radios, Nikolai Tesla and Guglielmo Marconi. Many people, including ’80s hard-rock band Tesla, also feel the eccentric inventor Tesla gets the shaft in the history books next to Thomas Edison, who gets the credit for AC electricity, as Tesla had many out-the-box ideas about his Tesla coils, electromagnetism, and death rays (thanks, The Awl). But apparently Edison, also credited with the phonograph, had a bit of that mad scientist streak in him, too. According to Oobject, Edison made all sorts of peculiar things, including a talking doll and a supposed ghost-detection machine (which io9 calls out as a hoax).

Our friend Mike Wolfe, star of “American Pickers,” has some really cool vintage bikes. But sorry, Mike, we’re afraid none of them are as quite as cool as Steve McQueen’s 1971 Husqvarna Cross 400, to be auctioned by Bonhams in May. That’s OK, Autopia doesn’t think anyone else could look quite so suave and swaggering on the back of the motorcycle. Speaking of the macho cool quotient, OK Magazine just posted some images of Kristen Stewart and Garrett Hedlund in “On The Road,” a film we reported Jack Kerouac himself was pushing Marlon Brando to star in (and alas, that never happened). And Farah Fawcett’s famous red swimsuit, of that poster so coveted by ’70s teenage boys, has officially become a vaunted artifact held in the Smithsonian, according to Shine. 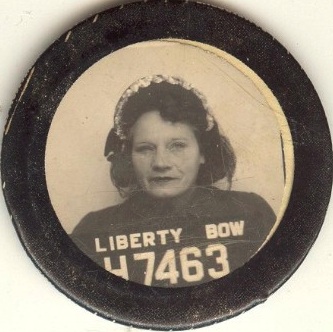 Women weren’t always just arm (or eye) candy, though. The Militarist explains how during World War II, the Rosie the Riveters in factories had to be remarkably tough. After all, they’d survived the Great Depression, sent the men they loved off fighting overseas, and worked making explosives and other wartime weapons. Over at Dull Tool Dim Bulb, Jim Linderman pays tribute to country singer Loretta Lynn, the Coal Miner’s Daughter and Honky Tonk Angel, and her fierce personality. Meanwhile, that other ’40s comic-book icon of strong womanhood, Wonder Woman, according to Bleeding Cool, is returning to TV as a powerful CEO who’s really just a girl at heart? Hmmm…

Batman, everyone’s favorite billionaire plutocrat vigilante, (thanks, Tor.com) had a near-miss in 1975. According to Urban Art & Antiques, the first comic proof pages, going up for auction this month, were just barely rescued from the trash in Queens. Phew! That was a close one! Did you know 1975 was also the Year of the Rabbit? Saved by a hare? OK, I’ll stop now.