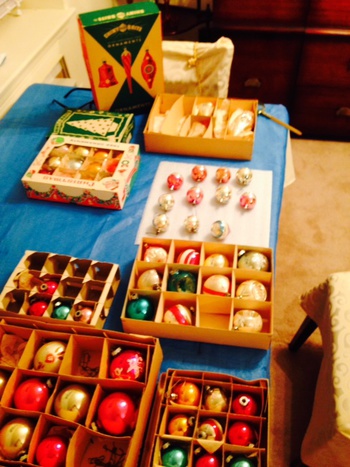 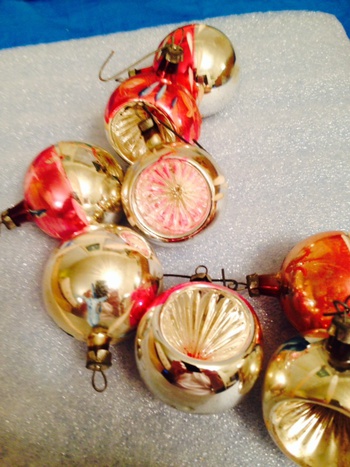 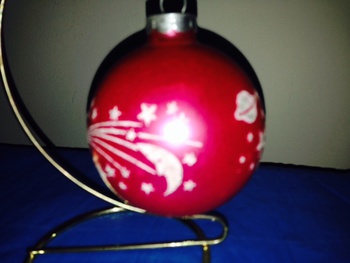 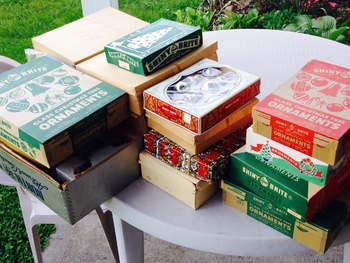 Just had to share this latest find I had from an estate sale. It was an older German man selling his household belongings as he was relocating after his wife passed away.
There wasnt that much left in the house as this was on the last day of a three day weekend sale. Bought some small delft tiles and some souvenier Worlds Fair plates. As we were leaving, I noticed all this garbage piled up at the curb. I saw it was boxes and boxes of vintage Christmas Ornaments. I couldnt believe it. I went back and asked the man if that stuff was being thrown out and he said yes, noone bought it. I said wow,,can I take it, :) he said sure. I gave him a few bucks anyway. All in all it was about 15 boxes of old ornaments. Mostly German,,Shiny Brite US, Poland, West Germany, some have a Woolworth sticker. I dont even know what I have yet. Its overwhelming. Trying to figure out the caps with no markings,,there is boxes and boxes of them. Mostly from the 1940s - 1960s. Indents, stencils, small, large. Well just wanted to share my discovery with you fantastic people.